The Summer of Rebirth has begun! Don’t miss our new Live Companion and GPI updates.

How good you are playing Graves?
Get insights on winrate, KDA and other metrics on your favorite champions!
Graves Strengths & Weaknesses
Strengths

Q works. It can help him deal a lot of burst damage in a very short duration, and combined with his Passive, he can blow up any squishy target with ease.

E allows him to dodge important skillshots and allows him to re-position quickly if he happens to misstep. It also allows him to avoid bad situations as he can use it to get over terrain and disengage with ease.

W near-sightedness can cause mayhem for an enemy team, especially if they are clumped up together. This ability can prevent the enemy ADC from picking a target to focus on while Graves keeps pelting them with his auto-attacks.

He is squishy and getting CC’d will get him killed really fast. This is highly beneficial for the enemy team, as they can focus him down quickly, get rid of him, and then go for neutral objectives.

Enemies can avoid his auto-attacks by keeping minions and the tower between him and themselves. This is because of his Passive and can quite easily lead to an outplay for the enemy, especially if the enemy gank target has built up a large minion wave.

E carelessly, or very aggressively, can lead to him getting killed instantly. The ability has a moderately high cooldown, and if the enemy doesn’t allow him to auto-attack by CC’ing him or by some other means, he won’t be able to use his

E frequently and will ultimately die.

Graves is a strong early game duelist. Try to get ahead by ganking and fighting as often as possible.

However, it’s key that you find a healthy balance between fighting the enemy and farming. If Graves gets a bad start or falls behind, he is going to struggle to come out ahead.

You have good objective control, so try your hardest to secure the Rift Herald and every Drake when it’s up.

Graves is a strong skirmisher, so continue to play aggressive and look for 1v1 duels in the mid-game. Just make sure you don’t die or get caught when Baron’s about to spawn.

Group with your team and look to siege objectives/ look for picks as a team to open up the map.

Group with your allies. Do not leave their side in the late game otherwise the enemy will have the numbers advantage.

Be prepared to peel for your allies in team fights. You’re a strong skirmisher, but you should focus the nearest enemy to keep your allies alive for longer.

Look for picks in the late game with your team. You have good follow up damage, so look for plays with your allies to gain the numbers advantage. 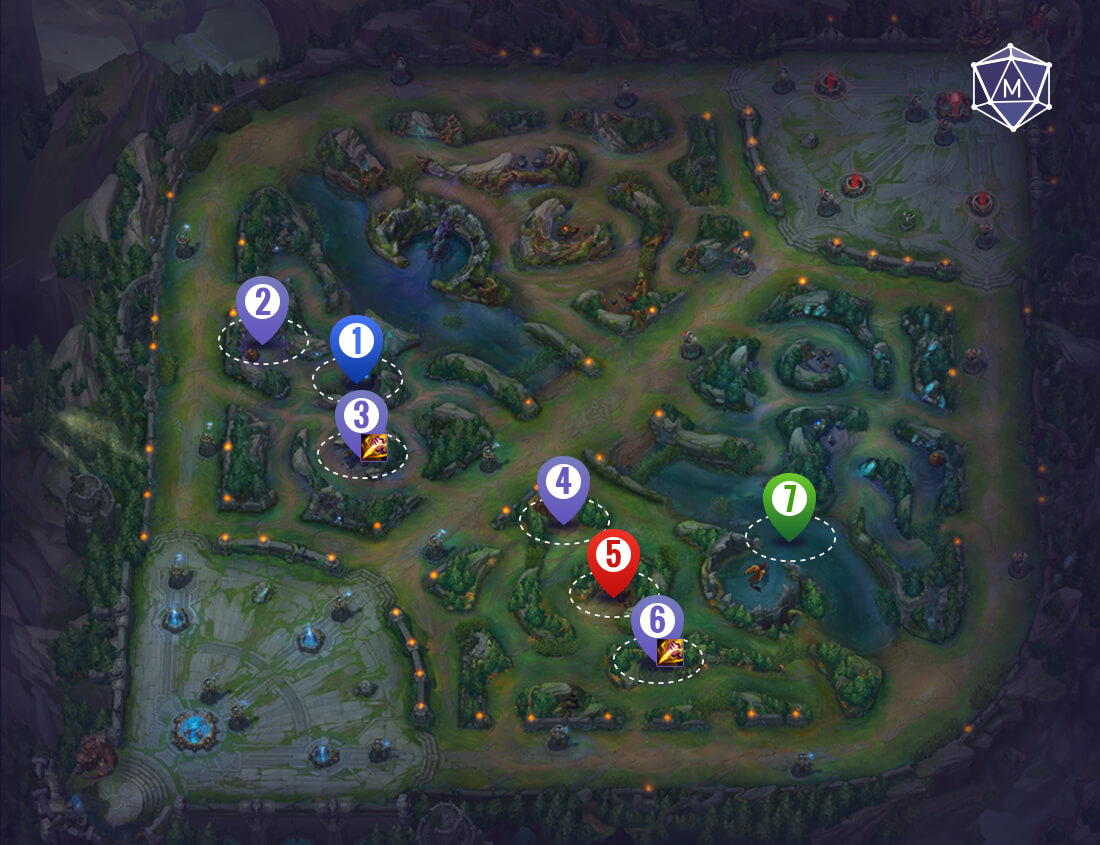 The first component will give Graves a minor powerspike but will provide him with a significant damage boost. He will be able to clear his camps quickly and can efficiently respond to counter-ganks.

W. It will let him play circles around his target with ease.

Once he gets to level 6, he will have unlocked a considerable finishing move. It can take out multiple targets with utmost ease should he go for the lethality build. The ability also provides him a means to escape when his

His first ability will be maxed out at level nine, which will help Graves bolster his overall burst damage in the Jungle. His clears and ganks will be more effective as a result.

Due to his items, he will have a lot of kill pressure during the mid-game. His

E will also let him catch enemies off-guard, and he can kill them very quickly due to his Passive.

At level 11, Graves will have two points in his Ultimate

R. It means that the potential of that ability finishing off low health enemies increases drastically, especially if he is going for the lethality build.

Graves deals a lot of damage to any target during this phase due to his Passive and items. It is a significant power spike for him, which can very well allow him to single-handedly carry a game.

Once he gets three points in his Ultimate

R, now low health enemy on the map will be safe. He can just dash in, auto an enemy twice, and then use his Ultimate

R to finish them off.

At level 13, Graves will be able to deal a lot of burst damage and play circles around the enemy due to his maxed out

E. In addition, it will give him an excellent dueling advantage.

Join other Graves mains and discuss your favorite champion!