How good are you at playing Ivern?
Get insights on win rate, KDA, and other metrics on your favorite champions!
Ivern Strengths & Weaknesses
Strengths

E. This makes him a great utility champion that can easily protect his allies.

He is great at counter jungling thanks to his Passive. This will make securing enemy buffs much easier if he has Smite available. He can even deny the second enemy blue buff from the Mid laner too.

Ivern doesn’t need a leash like most Junglers in the game. This means his allies can get early lane priority.

Ivern doesn’t deal damage and is built as a secondary Support. This means he relies on his teammates more than most Junglers in the game.

He is best paired with a team that has a hyper carry. If you’re paired with teams that lack damage or AP Bot laners, his heals and shields

E will not be so effective.

Ivern’s carry potential is rather lacklustre. He relies on his team to be strong in order for him to do his job properly. If his team is behind, it’s going to be hard for him to win the game.

Focus on farming and ganking as often as possible. This will help you get ahead and help you get your allies ahead too.

Watch the Supports early itemisation and be prepared to adjust your items. There’s no point buying the same items.

One of Iverns early strengths is that he can steal away camps. If you know where the enemy Jungler is and one of their camps is about to spawn, you should try to steal it.

Look for picks during the mid-game with Daisy

R. If you can catch someone out of position and take them down, you’ll be able to abuse the numbers advantage.

As Ivern is a “Support”, make sure you’re always with your team so you can help them when necessary.

Peel for your team in team fights. Use Daisy

R to peel for your team while focusing on using your

W to shield your carry.

Continue to look for picks with your

R. If you’re able to get a pick, try to abuse the numbers advantage and finish the game.

Again, stick with your team and avoid walking too far away from them. If your ADC gets caught out, then the chances of winning will be reduced. So by sticking with them you’ll increase your chances of winning.

Continue peeling for your team in team fights. Make sure you keep them alive for as long as possible. 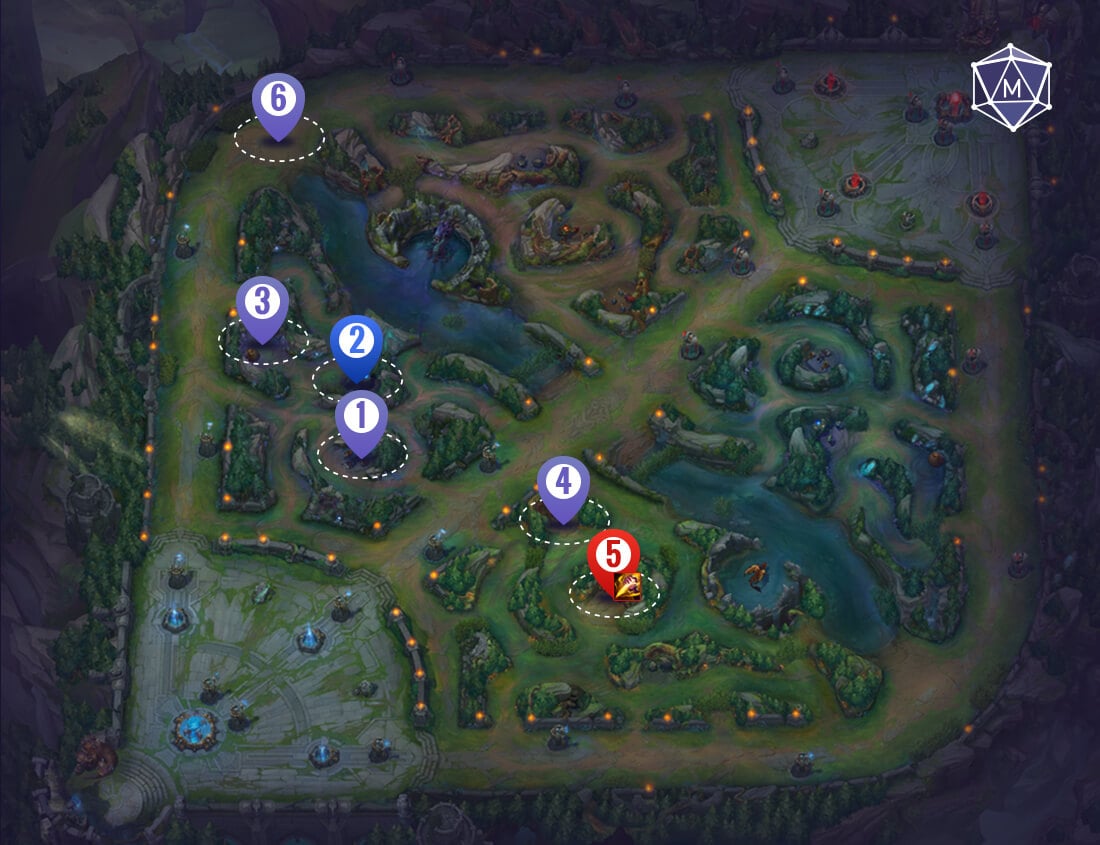 How to Play Ivern 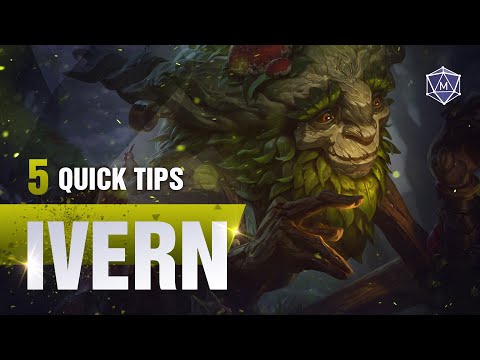 Ivern's level 6 is quite potent as he will now be able to summon Daisy, which can cause many issues for the enemy team. It will also serve as a distraction for neutral objective fights or fights in clumped areas.

Q range makes him a pretty good early ganker. Once the target gets hit, it will allow both him and his laners to get within auto-attack range of the said target as long as they have vision.

Ivern has decent objective control post 6 due to Daisy. He can send Daisy to attack the enemy Jungler and knock them up while he finishes a neutral objective. The opposite can also be done where Ivern can focus on peeling for his allies. At the same time, Daisy keeps hitting the neutral objective.

Ivern's true enabling potential will come at level nine, where he has his

E maxed out. He can now peel for his carries with utmost ease or use his

E's slow to initiate an all-in.

R will have two points once he hits level 11. This will be an excellent time for him to start fights, especially those involving tower diving and enemy or taking a neutral objective.

R does all the dirty work for him. He can easily make it target one enemy and allow his team to collapse on them.

Ivern can easily pick off enemies with his

Q. This is done best when Ivern manages to catch an unsuspecting enemy with his

Q from the fog of war.

Once Ivern gets his Ultimate

R, he can easily distract critical enemy team members, instigate tower dives, peel for his carries, and take neutral objectives all at once. This will give him a lot of power.

Ivern is really good in fights during this stage as he will be full build and will act as secondary support for the team. The allied carries will feel highly safe around Ivern.

Join other Ivern mains and discuss your favorite champion!

Taric
the Shield of Valoran