How good are you at playing Fiddlesticks?
Get insights on win rate, KDA, and other metrics on your favorite champions!
Fiddlesticks Strengths & Weaknesses
Strengths

He is superbly strong when it comes to fighting in closed areas. It provides him with complete usage of his

W as well as deal a lot of damage. His effigies help him with the same and can be used to secure and clear a lot of vision for his team.

For the side lane, or while lane ganking, he can make complete usage of the lane brushes to bamboozle enemies. He can keep poking the enemy team with his

E and with the proper itemization, his

E can do a lot of consistent damage. The silence is quite invaluable as well, especially against enchanters.

He is a mage, so any form of silence or channel interruption spell is his weakness. This is especially true if someone manages to interrupt his Ultimate

R, as that is the ability which can single-handedly turn the tide of a team fight.

Grievous Wounds are quite effective against him. He is quite squishy as well so he won’t be able to do much if the enemy team gets healing reduction during the early game.

His biggest weakness is an enemy team that can ward well. This will legitimately counter Fiddlesticks entirely and will prevent him from all-in’ing the enemy team consistently. The vision will allow the enemy to anticipate his move and react accordingly.

Powerfarm and unlock your Ultimate

R as quickly as possible. Once you have your Ultimate

R, you can start to actively gank.

R up, you should be looking to gank a lane. Every Ultimate

R use should result in a kill, so make sure you’re actively looking to use it.

Fiddlesticks has good objective control thanks to his

W. Make sure you take every objective when possible, and request assistance from your allies if you can’t do it alone.

Focus on securing objectives when possible in the mid-game. You can take them alone or with your team.

R is really good and should result in a kill each time. Keep assisting your laners and go for picks with your Ultimate

Make sure you group with your team but use your Ultimate

R from an unwarded area of the map. This will help your team get kills and secure objectives.

R. Catching one person out could allow you to snowball the kill into victory or an objective.

Group near your team so you can use your Ultimate

R without the enemy knowing you’re nearby.

R in the late game. Avoid fighting unless both of them are unavailable. 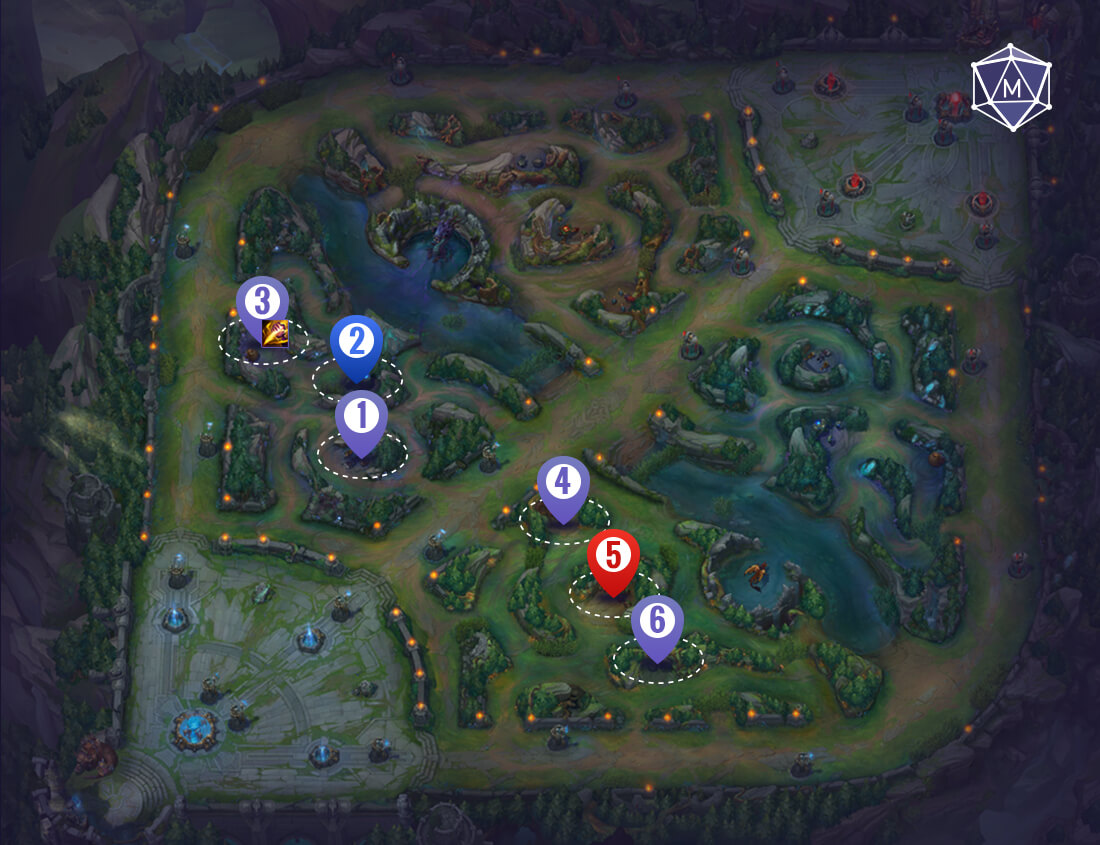 How to Play Fiddlesticks 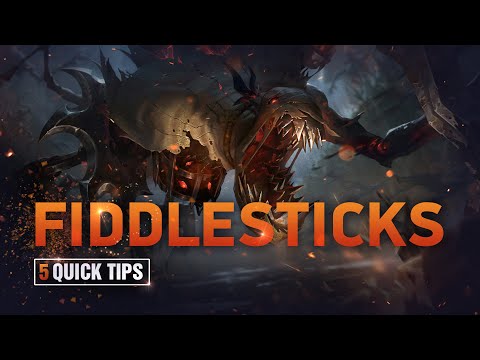 Fiddlesticks is weak in the early game. He needs to hit level 6 as quickly as he can so he can unlock his Ultimate and start ganking his allies.

After Fiddlesticks has picked up his first component item, he will be a little stronger and he will be able to start dealing a lot of damage to enemies when he ganks his allies.

After Fiddle has completed his first item, his damage output will dramatically increase. As long as you’re playing around your Ultimate , you will be very strong after completing your first item.

Putting the second point in Fiddlesticks Ultimate at level 11 is very important for him. It will put his Ultimate on a shorter cooldown and allow him to look for more aggressive plays.

At this stage of the game, Fiddlesticks should’ve completed an item or two. His damage output will be quite high which can allow him to win mid-game team fights.

In the mid-game, teams start to group. This is good for Fiddlesticks as he benefits from teams grouping closely together as his Ultimate is an AOE tool.

At level 16, Fiddlesticks will put the third and final point in his Ultimate . As long as he can get the channel off, he will be very good in the late game.

Teams will continue to group in the late game. This will allow Fiddlesticks to get a lovely amount of damage down to the whole enemy team.

While you’re good in the late game, you’re incredibly squishy. Lookout and be cautious when trying to get a good Ultimate off so you don’t get killed before a fight breaks out.

Join other Fiddlesticks mains and discuss your favorite champion!