Camille has always been a fantastic top lane choice in high elo because of her high skill expression but also because of her consistency when it comes to team compositions and matchups. Yes, there will always be more difficult lanes but Camille often has a way to be impactful and put her mark on the game. Camille’s Q true damage allows her to pop tanks in seconds and with tanky itemization being so prevalent this preseason she’s going to be a top pick into a ton of different lanes. Whether you stomp the lane and snowball your way to victory, splitpush and become unstoppable in a side lane or just flank and take down the enemy AD carry with your ultimate, there are plenty of ways to carry as Camille this patch.

Elise has been dominating the jungle towards the end of Season 12 and with no nerfs so far this preseason she’s not getting any weaker. Elise is an aggressive early game ganking Jungler with the ability to easily punish and dive lanes taking certain players out of the game completely. She’s one of the few Junglers that can dive turrets so early and so easily and at higher ranks people can abuse this every single game. Elise’s solid early ganks translate into a terrorizing mid game: snowballing out of control and one shotting anyone who gets close. As long as you’re confident enough in your Elise capabilities you can end games early enough before you start to fall off.

Ever since those big changes to Syndra’s kit she’s been much more popular and now people have really figured out how to play to her new strengths, she’s one of the best mid lane champions to go for. Syndra might not offer the same early game threat as she used to, but now she scales into the lategame like an absolute monster. Her passive upgrades make her spike insanely hard throughout the game and once she’s fully stacked up, the sheer amount of ability power she stacks up is incomparable. From one shotting anyone with her ultimate, to stunning and deleting entire teams with her upgraded E, if you get through the early game on this champion now, it’s going to be hard for you to lose.

Twitch has been one of the best AD carries in the game ever since that big durability update back in the middle of Season 12. As we head into preseason, with no nerfs coming his way he’s not going to be de-throned any time soon, especially when you factor in his ability to melt down any type of enemy team even if it’s full of tanks. Twitch’s power spike when he has those core items Kraken Slayer and Blade of the Ruined King is huge and as they increase his damage so much that he can really become difficult to beat. If he gets a few kills in lane and gets to that spike earlier, you’re really going to feel how much damage he can do. From stealthy ganks back to lane, to roaming to the mid lane, to lighting up entire teams in the mid to late game with his potential to massacre everybody with that ultimate. Twitch is still a champion that really can 1v9 this patch.

It just doesn’t get better than Janna in that support role at the moment and she’s been god tier for months now. Janna offers an abundance of utility that is effective at any point in the game. She has a consistent lane phase offering shields, buffs and peel. She has a fantastic mid game controlling fights and healing up her whole team in skirmishes and then in those late game teamfights her utility is gamechanging. Janna is an incredible support pick across all ranks, and in higher elo people really know just how strong she can be if you utilize all of her tools in her kit optimally. 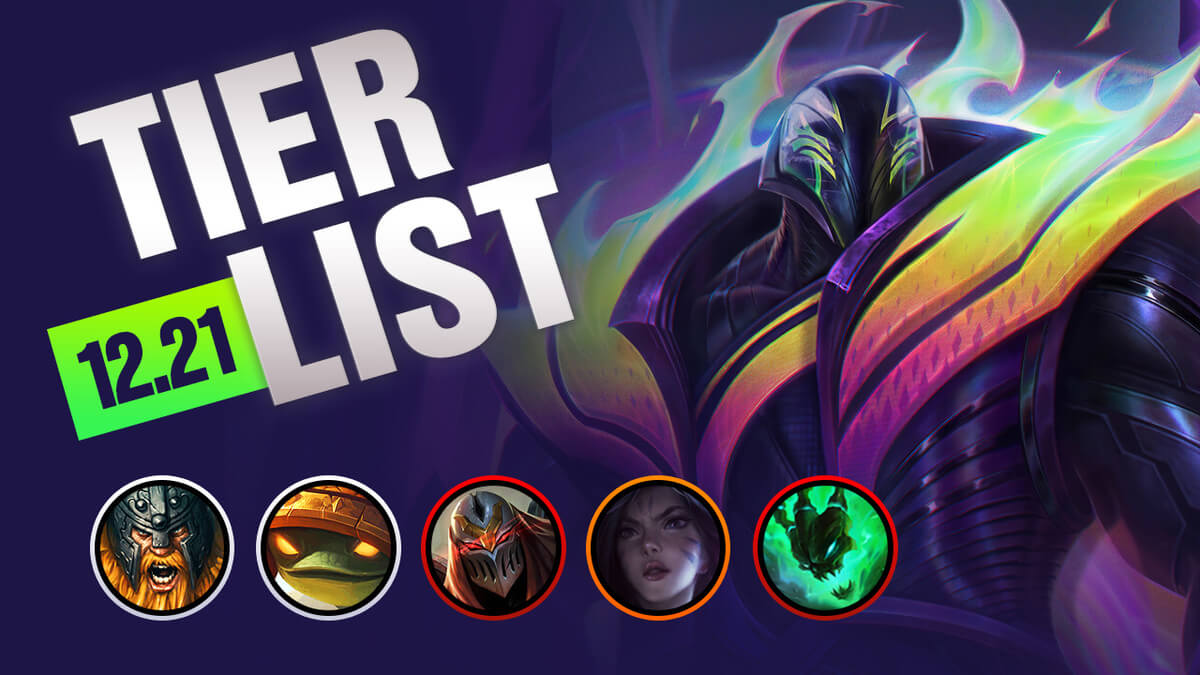