R
Get everything you need for Zac Jungle build! The highest win rate Zac runes, items, skill order and summoner spells in patch 13.1.

How good are you at playing Zac?
Get insights on win rate, KDA, and other metrics on your favorite champions!
Zac Strengths & Weaknesses
Strengths

Massive all-in potential with the ability to chain his crowd control abilities with his allies. This makes him a very potent ganker, especially due to how his

W blobs. This makes it very hard for his enemies to kill him easily, which makes focusing him down first quite useless.

His Passive and Ultimate

R can allow him to singlehandedly take a group of enemies out of a major team fight, by simply zoning them away. He can also deal a lot of damage to the enemy backline if they ignore Zac.

Once he goes in with his

E, he can’t get out due to his

E being on a very high cooldown initially.

If his Passive is down, he can’t play as aggressively due to the threat of him being killed. This is applicable for early to mid-game fights only.

If the enemy avoids staying close to the walls, then it will become really hard for Zac to all-in them from the fog of war. He will then have to take conventional gank paths.

When no team fights are occurring, go to a side lane and push. It’s important that you continue to farm during the mid-game so you can get your items as quickly as possible.

After getting a kill, make the call for Baron or Dragon if your team is nearby and able to help you. Securing these objectives as a Jungler is crucial is in the mid-game.

R is up. Fighting with out it will make the late game team fights much harder. Delay fights and be prepared to disengage if it’s still on cooldown. 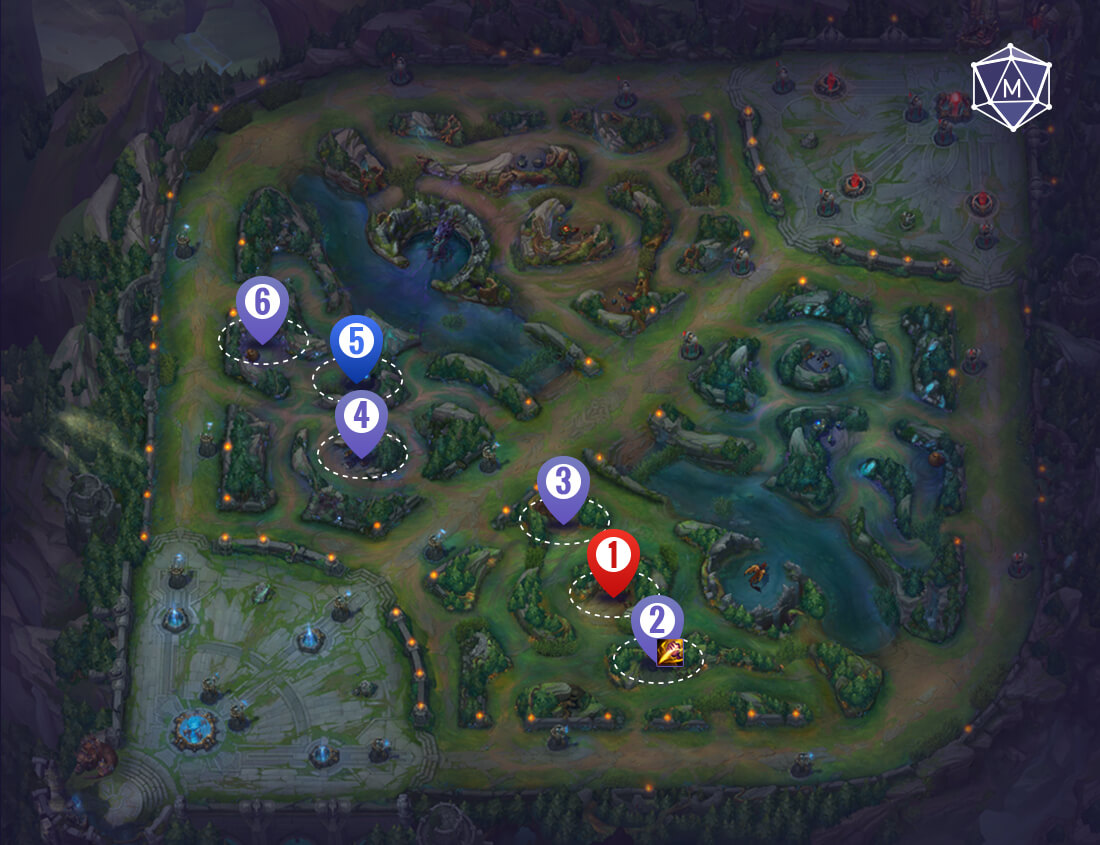 How to Play Zac 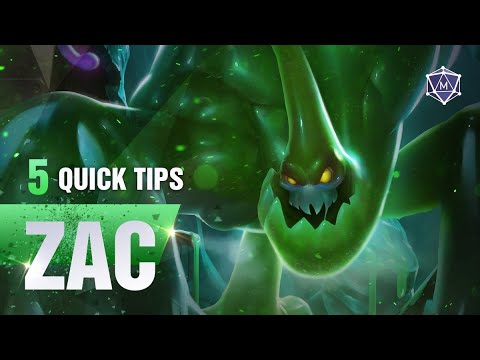 Zac is a great ganker early on due to his ability to execute long-ranged ganks from out of vision. The enemy team will not have enough resources for warding everything, and hence Zac can quickly capitalize on this.

R. He can use the fog of war to catch the enemy by surprise and can separate critical targets from their teammates, which will ultimately let Zac's team kill that target.

The first item component is beneficial as it gives him added sustainability. This can easily allow him to take part in extended fights, peel for his carries, and zone off the enemy backline during significant fights.

Zac becomes really powerful during the mid-game. This is because he can CC multiple targets and secure many picks with his abilities.

Level 11 is another power spike as it increases the damage dealt by Zac to grouped enemies. It also has a lower cooldown, which means that he can blatantly all-in enemies.

At level 9, he will have his first ability maxed out. This means that he will either have a massive range advantage to gank enemies, or he will deal a lot of damage to enemies close to him.

Once he gets three points in his Ultimate

R, he will be able to use it frequently and deal a lot of damage to the enemy team at a go. He should be able to catch enemies off-guard easily.

Zac will have a lot of items during this stage of the game. This means that he will be getting a massive boost to his survivability and damage and will be a force to reckon with.

Zac will be massively tanky during this stage, and the enemy team will have a tough time killing him. This also means that he can act as an engager for a team and then revert back to peeling for his carries once the engagement is over.

Join other Zac mains and discuss your favorite champion!