R
Get everything you need for Sejuani Jungle build! The highest win rate Sejuani runes, items, skill order and summoner spells in patch 13.1.

How good are you at playing Sejuani?
Get insights on win rate, KDA, and other metrics on your favorite champions!
Sejuani Strengths & Weaknesses
Strengths

Great AoE clears in the Jungle and can be relatively healthy due to her Passive. Her

R allows her to dish extra damage which can be a great advantage during Smite fights.

Her lockdown potential is immense as she has both ranged as well as melee CC options. She can act as an initiator, or as a source of follow up CC depending on her team comp.

She can act as a hefty frontline for her team, and take a lot of damage without getting too low due to her Passive. This makes her a really good source of peel.

She is kind of squishy during the early game, especially when her Passive is down. It is quite easy to lose that Passive so she needs to be careful.

E CC combo is quite hard to land due to the fact that the enemy can easily kite the combo out. Therefore, Sejuani needs to be really careful about her movement.

R. This gives early aggressive Junglers an advantage over her which they can then capitalize on to shut her down.

Focus on farming and hitting level 6 as quickly as you can. You need to hit level 6 as fast as possible to increase your ganking potential.

R is an incredibly strong tool. Whenever it is up, try to use it to help your allies and get kills.

Try to secure objectives with your team. If you can, try to keep it warded at all times if you’re not in a position to take it yourself.

R is up. Fighting with out it will make the late game team fights much harder. Delay fights and be prepared to disengage if it’s still on cooldown. 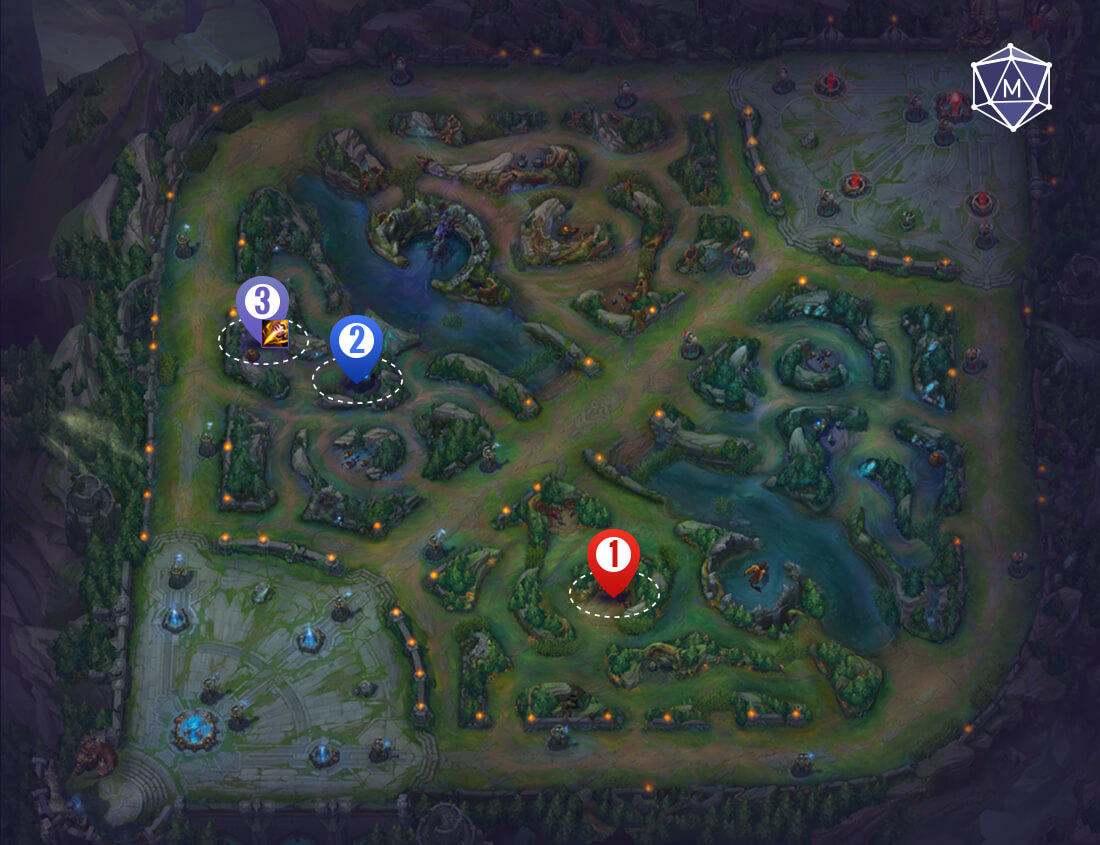 She is somewhat weak pre-six as she doesn't have a reliable form of CC on her. She should rely on ganking laners who have hard CC.

The first item component will allow her to be really tanky and deal consistent damage when around enemies. This will also prevent enemies from escaping quickly.

Her objective control is pretty decent as her

E, and Passive allows her to deal and take a lot of damage from neutral objectives. She will most definitely win any Smite fight if she uses her

Her tankiness is exceptionally high during the mid-game. Her main job will be to ensure that she can get picks on squishy carries and kill them quickly.

Another point in her Ultimate

R will decrease the cooldown of the ability. It will allow her to CC enemies quite frequently. It is pretty decent for picks around the map.

Sejuani is quite decent during team fights as she can absorb a lot of damage and has CC for days. She can peel for her carries pretty effectively as well.

She is exceptionally tanky during this phase of the game. Her items will make her take significantly less damage, and she can even instigate tower dives to finish off enemies.

The fully maxed out Ultimate

R is a massive spike as it allows Sejuani to use the ability frequently. The damage of the ability increases quite decently as well.

Her team fighting is pretty decent during this phase of the game. She can CC her enemies for a long time, and the damage dealt by her is pretty potent.

Join other Sejuani mains and discuss your favorite champion!

Ornn
The Fire below the Mountain