How good you are playing Master Yi?
Get insights on winrate, KDA and other metrics on your favorite champions!
Master Yi Strengths & Weaknesses
Strengths

Can initiate tower dives early on and try to get kills once his laner pushes the wave in. His

Is a scaling monster, and if he manages to get his items and hit the mid-to-late game, he will be almost unstoppable. For a squishy champion, he can one-man the Baron if he is ahead.

R can completely shift the tide of a fight if he is left unchecked. This allows him to use his

Q frequently, which allows him to avoid CC. Combined with his Wuju Style, he deals a lot of damage.

Has to powerfarm early game and hence has no impact unless the enemy overextends or overstays. He will mainly focus on cleaning up during the early game.

W can easily be interrupted by any form of hard CC. This can make tower dives risky and can get him killed almost instantly if he doesn’t use the ability properly.

R is active. Very susceptible to CC, so if the enemy saves their CC for him, he will die.

Your goal in the early game is to gain as much gold and XP as quickly as you can. Focus on farming rather than ganking or fighting.

R is an incredibly strong tool. Whenever it is up, try to use it to help your allies and get kills.

When no team fights are occurring, go to a side lane and push. It’s important that you continue to farm during the mid-game so you can get your items as quickly as possible. The more gold Master Yi has, the stronger he will be.

If your team gets a kill or two, make the call for Baron or the Dragon. You should be able to take them with ease as Master Yi. 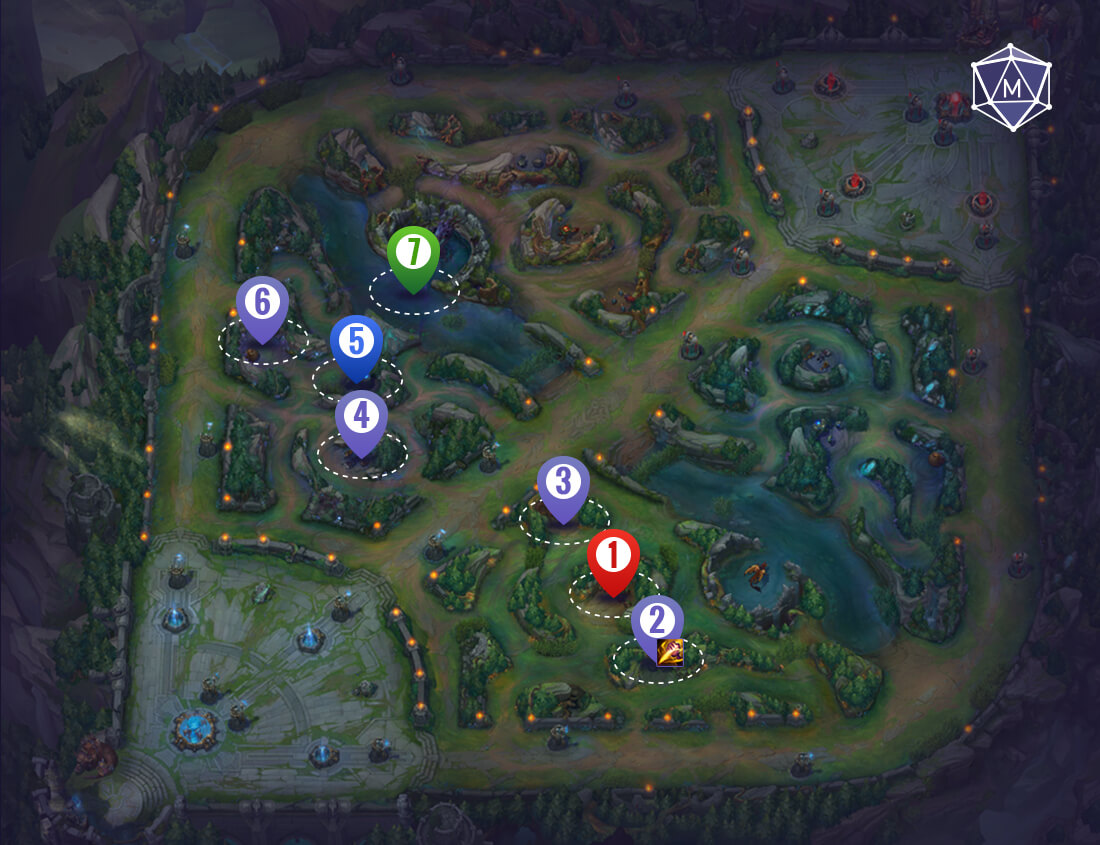 Q. He should still be farming up till he gets his Ultimate

Once Master Yi hits level six, he will hit a significant power spike. Although he doesn't have a reliable form of engagement, his Ultimate

R will help him catch up to overextended enemies.

W are essential tools in his arsenal. His

Q allows him to survive tower dives while his

E will enable him to deal true damage with his auto-attacks.

Master Yi should be looking for opportunities to clean up kills in the side lanes. His Ultimate

Q should help him immensely with this.

He becomes a grinder if he happens to get a lead early on in the game. Once he manages to complete his core items, he should take on the enemy team with some help from his team.

Master Yi's level eleven power spike is quite prominent for him. It not only increases Master Yi's overall power but also causes a lot of mayhem in the enemy team, especially if they don't have any CC.

R should make him unstoppable at this point of the game. He just needs to go in when the enemy CC is down.

If Master Yi has accumulated a lead during the mid-game, he can practically solo the Baron with his

R. He will just need his team to serve as a distraction for a while.

Master Yi should always be using the fog of war to flank enemies during team fights. Once the enemy CC is down, he should just use his Ultimate

R and target the enemy backline to quickly get rid of them. A QSS may help him preserve his power in case things go away.

Join other Master Yi mains and discuss your favorite champion!