How good are you at playing Kha'Zix?
Get insights on win rate, KDA, and other metrics on your favorite champions!
Kha'Zix Strengths & Weaknesses
Strengths

Is quite versatile with his playstyle due to how his Ultimate

Q allows him to both secure objectives quickly, as well as get kills on isolated targets with ease.

R lets him perform multiple outplays and escapes in situations where any other champion would probably get killed. The takedown reset is an added bonus to this ability and can be used to secure multiple kills in a short span of time.

The isolation part of his kit allows him to 1 v 1 any champion who is side laning alone. This is especially true when it comes to dealing with squishy carry champions who are trying to catch a side wave.

Prone to CC abilities, especially when his

R is down. Once CC’d, his squishiness allows him to be an easy target to takedown.

Improper usage of his

E can get him killed on multiple occasions. The usage of the ability needs discretion, as mistiming it can prevent him from getting his resets which can inadvertently get him killed.

Kha’Zix will need sufficient vision around isolated champions as the enemy can sometimes try to bait him in, and collapse on him as soon as he shows up. He will also need to clear vision, else he won’t be very effective in getting kills.

Kha’Zix is a strong early game Jungler. Look to gank and go for duels frequently with the enemy. Getting an early kill or two will make the game much easier for you.

Focus on securing objectives. As you’re the Jungler after all, make sure you try to take them as often as possible. Your champion is very good at taking them alone.

While you’re a strong fighter and good in the early game, you need to ensure you put time away to focus on farming and gaining gold and XP. Secure your camps as often as possible.

As you’re good at getting picks and killing isolated targets, try to ambush and assassinate enemies who are alone or walking around Summoners Rift alone. After killing someone, make the call for a nearby objective.

Try to secure the Baron or Dragon whenever possible. Securing objectives is key as a Jungler during the mid-game.

Continue to farm your jungle as well as gank and help your allies. It’s important that you do not fall behind in gold and XP by just ganking.

Flank in team fights to get on key targets with your

E. Avoid showing yourself when possible in the late game as the element of surprise can provide a huge advantage.

When ahead, look for picks by waiting in high traffic areas for an enemy to walk by. If you’re able to take down the enemy Mid, ADC or Support, you can use their death timer to end the game or take a major objective. 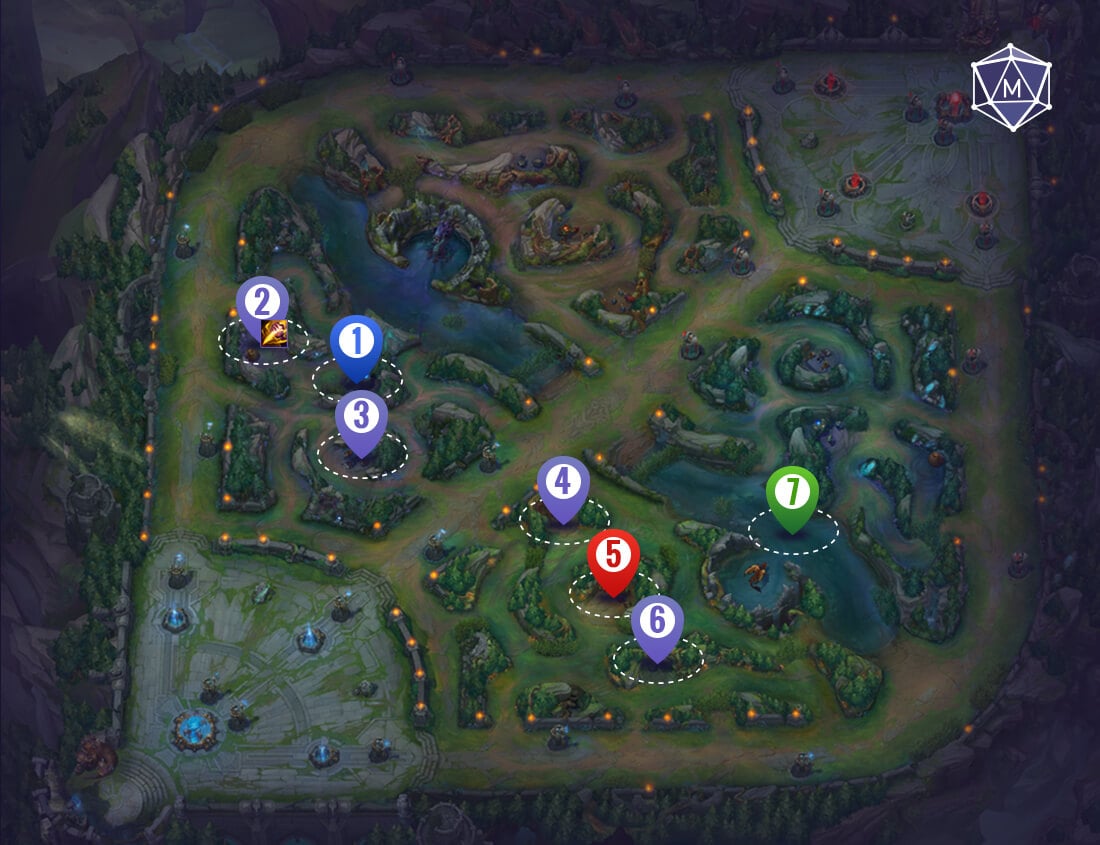 How to Play Kha'Zix 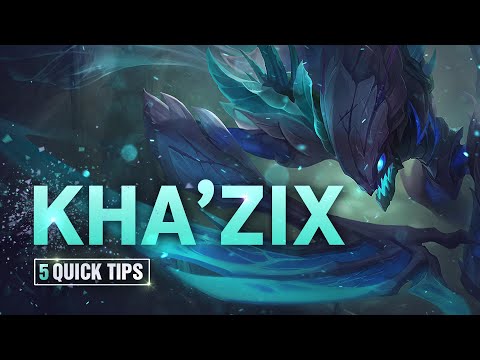 Kha'Zix is a really good early game ganker, especially when it involves low or overextended enemies. He needs to get access to all his basic abilities to make sure that the ganks are successful.

Hitting level 6 and getting his first empowered ability is a significant powerspike for Kha'Zix. He can either melt objectives quickly with his evolved

The first component will give him a massive damage boost. This will allow him to take over the game relatively quickly if he keeps finding kills. During fights, he should always go for isolated back liners for maximal effectiveness.

Once he gets two points in his Ultimate

R at level 11, his power to assassinate his targets and escape unscathed will increase drastically. As long as he uses his abilities properly, he will have an effortless time taking over the game.

Q is his main damage ability which will be maxed out at level 9. He can practically one-shot squishies at this point, especially if they are isolated. It will also let him clear Jungle camps pretty quickly.

Mid-game is the part of the game where champions are roaming around, warding, and changing lane assignments. This is why this time is beneficial for Kha'Zix as he can get multiple solo picks on the enemy and ultimately dismantle the enemy game plan.

He will fall off during the late game unless he is really far ahead. This is due to the enemy building defensive items and completing their builds.

He will be able to get all his empowerments by now. This will still allow him to focus and kill isolated targets, especially if he manages to catch someone in the Jungle or a side lane.

Kha'Zix will have multiple items by now. This means that he will be dishing out a lot of damage but will get killed if he is CC'd. He will have to look for flanks and play around vision to be successful.

Join other Kha'Zix mains and discuss your favorite champion!

Zed
the Master of Shadows