How good are you at playing Rammus?
Get insights on win rate, KDA, and other metrics on your favorite champions!
Rammus Strengths & Weaknesses
Strengths

Rammus has really good ganks once he has unlocked his

E . He should have a high success rate when ganking his allies.

W, Rammus is incredibly tanky. This means he can always be the frontline that his team needs regardless of how far or behind he is.

R is on a short cooldown and can also deal damage to turrets. This will allow you to gank a lane, push and then attempt to take the tower. The damage from your Ultimate

W can be very useful in getting tower plates.

Rammus’ early game is really weak. He has an unhealthy first clear and cannot fight the enemy Jungler if he gets invaded. Avoid fighting in a 1v1 in the early game.

Unfortunately, as we’ve discussed, Rammus lacks damage. This means if his allies are behind, the likelihood of you winning fights will be reduced. While you’ll be tanky, those tanky stats will mean nothing if your team dies really quickly.

Look to secure objectives whenever they’re up. This will give your team an advantage as the game goes along. 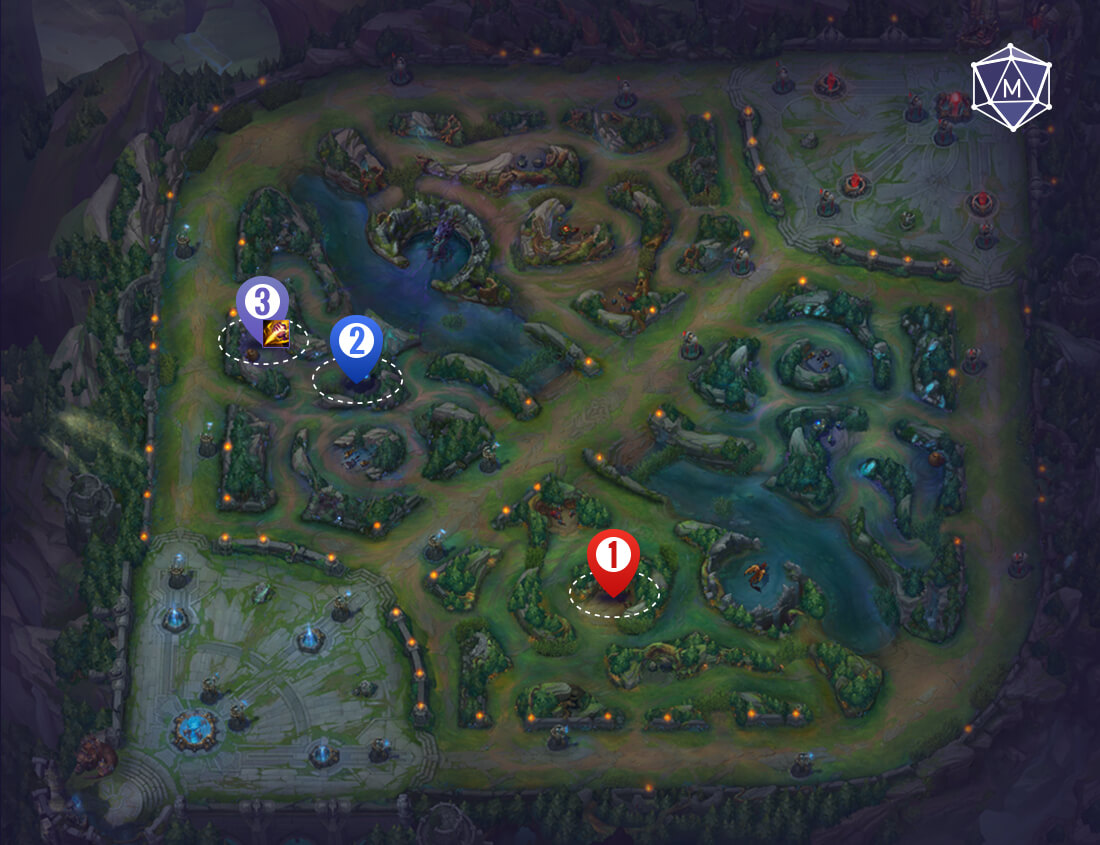 Rammus' early ganks are pretty decent if the enemy happens to be pushed up. He should be able to get his team quite ahead if he finds regular opportunities to do so.

R. The ability will enable Rammus and his team to get a lot of kills during skirmishes.

The first item component will bolster his survivability and allow him to do constant DPS by being around enemies.

He is highly tanky during the mid-game and will act as a very potent frontline for his team.

Another point in his Ultimate

R will give him a significant damage boost and will let him get picks frequently.

Team fighting is where Rammus excels the most. He can quickly chase down enemies, and choke point fights are his bread and butter.

R will allow Rammus to completely take over a fight. Since he can use it frequently, picks will be aplenty.

Rammus is pretty decent in late-game fights due to his ability to pick enemies off easily. He should focus on making sure that his allies don't get killed by flanks to ensure an easy victory.

Join other Rammus mains and discuss your favorite champion!

Malphite
Shard of the Monolith

Cho'Gath
the Terror of the Void