R
Get everything you need for Gragas Jungle build! The highest win rate Gragas runes, items, skill order and summoner spells in patch 13.1.

How good are you at playing Gragas?
Get insights on win rate, KDA, and other metrics on your favorite champions!
Gragas Strengths & Weaknesses
Strengths

His engage and lockdown potential is really high due to his

Q. Once he unlocks his Ultimate

R, he can displace enemy champions to disadvantageous positions and get them killed instantly.

If he goes full AP, his burst damage is unreal, especially when he is fighting 1 v 1 against someone squishier. His

W still provides him enough tankiness to not get popped immediately.

On catching someone out, he can get that enemy’s Flash with ease if he can’t translate it into a kill with his Ultimate

E combo. This is especially viable when Gragas is Jungling or when he is roaming around in the enemy Jungle as a laner.

E can be blocked by minions, so the enemy can easily hide behind one minion and prevent Gragas from doing anything to threaten them. If the enemy has a dash, it will become really hard for Gragas to do anything in the lane.

If the enemy team sets proper vision around the map during the early game, he will have a hard time ganking/roaming to other lanes. Although a strong engage tool, his

E is quite short-ranged and he definitely needs the fog of war to catch his enemy off-guard.

While jungling during the early game, Gragas can be invaded early on when he is busy ganking. Doing so will force Gragas to show himself to lanes in order to soak experience as he won’t have any camps to take due to him being invaded. On the other hand, if he is laning, just poking and consistently harassing Gragas will force him to recall abruptly.

Gragas is an early game Jungler. Look to gank as often as possible to get your allies ahead and to increase your chances of winning the game. Although, you need to find a healthy balance between farming and ganking if you want to win.

Once Gragas is level 6, his kill pressure increases. You should look to actively gank whenever your Ultimate

You have good Dragon control, so you need to put priority into taking them. You can do them alone or with your allies if they’re able to help.

Peel for your team in team fights. After using your Ultimate

R, peel for your allies to keep them alive.

You can flank and use your Ultimate

R to catch out over extended targets and knock them into your team to start the fight. In particular, try to knock the enemy backline forwards into your team.

Use your rotation of abilities on protecting and peeling for your carries. If they die, the likelihood of you winning the team fight will be lower.

Often the enemy will be mispositioned in the late game. Use this to your advantage by knocking in the enemy carries with your Ultimate

R. Catching them out of position will make winning late game team fights much easier.

Look for picks in the late game and around objectives. Then use the numbers advantage to start another fight or secure an objective. 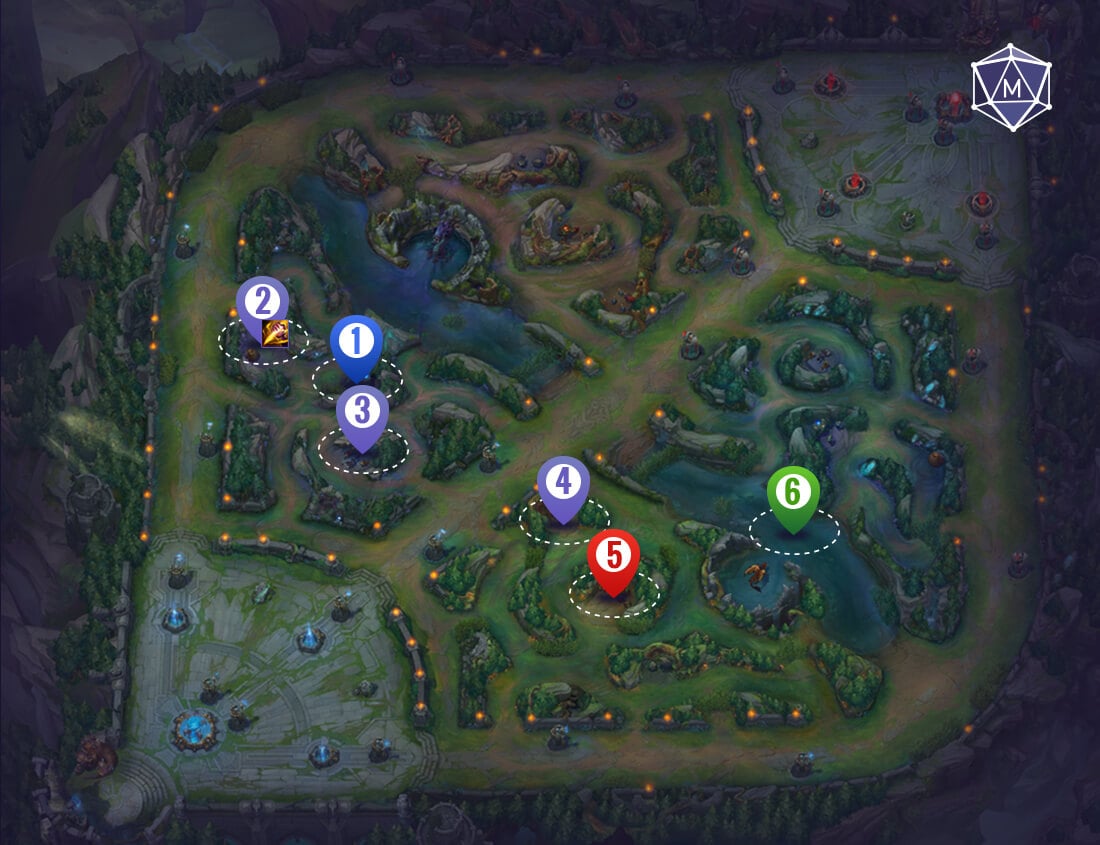 How to Play Gragas 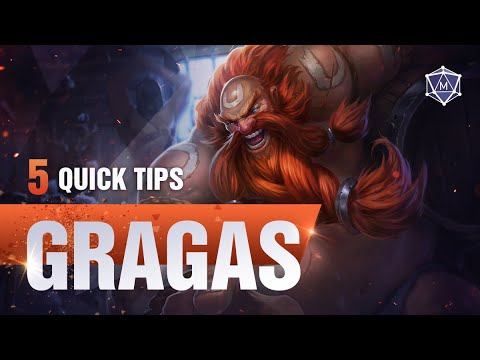 Gragas can look to gank lanes after he hits level 3. This is because he will be his

W early on to ensure that he can clear his camps healthily. Once he gets his

E, he should be able to gank overextended lanes with ease.

Once Gragas gets his first item, his damage output will increase significantly. He will now be able to duel the enemy Jungler freely, and his ganks will pack a lot of punch, especially after he gets his Ultimate

Gragas' level 6 is a significant power spike because he can now displace key enemy targets during a gank or all-in. It can let him pick off the enemy backline should he decide to go for the entire AP build.

Once Gragas manages to get to level 11, he will have two points in his Ultimate

R. This means that he can initiate fights and displace key enemy targets way more frequently.

At level nine, Gragas will have his first ability maxed out. This is really beneficial for him as the damage increase will really help him duel. This is especially true if Gragas is going for the full AP build.

During the mid-game, the enemy will be busy swapping lanes and setting vision. As a Jungler, Gragas can easily use his Ultimate

R to pick such enemies out before significant fights.

Once Gragas gets to level 16, he will have his Ultimate

R maxed out. It will give him a massive damage boost, and the low cooldown combined with the knockback will help him pick high-priority targets.

Gragas will either be extraordinarily tanky or a glass cannon dependent on landing his combo depending on the build. As a Jungler, Gragas will mostly be the latter, so his main goal will be to blow up the enemy backline when he gets the chance.

His dash and Ultimate

R make up for a significant amount of peel for his carries. Should he go for the tank build route, he will successfully absorb much damage for his team while his team follows up on Gragas' engagement.

Join other Gragas mains and discuss your favorite champion!

Dr. Mundo
the Madman of Zaun