Monsters Attack! is the latest Set for Teamfight Tactics and it has turned things upside down.
The new Set is out and released!

Welcome to Spatulapolis! A city just like any other city - full of good food, highrises, and the more than occasional monster attack. Monsters are bigger, badder, stronger and by far the scariest rides in town - but luckily none of them take over 2 board slots.

Such a lively city with regular threats needs only one thing: heroes! Heroes are your champions that come with 2 specific Augments - a carry and a support Augment. It's up to you whether you want to buff your entire team - or make it dependent on a single carry Hero! Gain an Ashe. When you field her, your team gains 15% Attack Speed, doubled while her Ability is active. Gain a Nasus. He gains 10% Attack Damage, increased by 3% permanently each time he casts his Ability. Gain a Nasus. When you field him, he and his allies heal 300 Health on takedowns. Gain a Yasuo. When you field him, allies who start combat with no adjacent allies gain 25% Attack Speed. Gain an Urgot. His Ability has an additional 25% chance to dredge up treasure.

A.D.M.I.N. configuration varies for each player each game.

Configure the cause and the effect for your A.D.M.I.N. program

Configure an additional effect for your A.D.M.I.N. program

Outputs of the above tiers are increased by 100%

If there is a Civilian alive, all allies are inspired to fight harder to protect them, gaining mana every 2 seconds.

Fiddlesticks starts combat dormant. When ally champions die during this time, Fiddlesticks absorbs their soul granting him 40 Ability Power. After falling below 30% Health or when all allies have died, Fiddlesticks comes alive

Every round, Gadgeteens generate a random modified weapon that can be equipped by any unit. These weapons are powerful, but not durable, and fall apart after 1 round of use. Gadgeteens will not make new items to replace items left on the bench.

Create 1 item every round

Create 2 item every round

All LaserCorps agents are assigned a combat drone. When attacking or being hit by an attack, the drone has a 50% chance to deal magic damage to the agent's target (0.5 second cooldown). When a LaserCorps agent dies, their drone is re-assigned to the nearest living LaserCorps agent.

Use the Mecha selector item to choose a PRIME. Combat start: the PRIME combines with the 2 nearest Mecha, absorbing 100% of their Health.

Ox Force units gain Attack Speed that increases with their missing percent health. Ox Force units will fight to their dying breath to defend their city, becoming invulnerable for 1 second the first time they would die in combat.

Supers strike a pose at the start of combat, granting allies 18% bonus damage. For every three-star unit on your team, the bonus damage % is increased by 3%.

Threats are more powerful than other units. You may field any number of Threats, but they do not gain bonuses for being fielded with other Threats

The Underground must sneak through the sewers and crack 10 locks to open a vault. When the vault opens, you may choose to take the loot now, or attempt another heist for even better rewards.

The Underground makes 1 progress after each Player Combat Round. After a loss, they make 3 progress.

The Underground makes 2 progress after each Player Combat Round. After a loss, they make 5 progress.

This trait is only active when you have exactly 1 or 4 unique Aces.

Arsenal units pick the weapons they equip when placed on the board, changing their spell's effects.

Janna grants a different buff to all adjacent allies depending on the current weather, which changes every game.

Hackers gain omnivamp and summon a H4ckerr!m that takes the unit in the Rider Hex into the enemy backline. The Rider is untargetable for the first seconds of combat.

When Heart units cast their spell, all allies gain stacking Ability Power for the rest of combat.

When Mascots die, they retreat to the sidelines to cheer on their team. Allies regenerate a percentage of their maximum health every 2 seconds, increased by 1% for each cheering Mascot. Mascots regenerate double this amount.

Pranksters spawn a target dummy, when they would first fall below 50% health.

restore 150 health and move to a safe location.

The enemy who kills a target dummy is stunned for 1.5 seconds

Innate: Recon Units gain attack range. Before casting, if there is a nearby enemy, Recon units will dash to safety. They also gain bonus Critical Strike Chance.

Every 5 seconds, the next attack instead fires a magic orb at a random target, which explodes for 50% Ability Power as magic damage.

Every 5 seconds, Sureshots gain bonus Attack Damage for the rest of combat.

Weapons of the Faithful

Place Aphelios on the board to choose his spell. Duskwave: Aphelios unleashes a wave of energy in a cone in his target's direction, locking onto and dealing damage to all enemies hit. Binding Eclipse: Aphelios casts forth a lunar spotlight towards the largest group of units, dealing damage and and stunning all enemies hit. Onslaught: Aphelios enters an onslaught, slinging chakrams and dealing massive damage to nearby enemies.

Fiddlesticks teleports into the largest cluster of enemies and fears them. For the next seconds, Fiddle gains movespeed and drains the life from nearby enemies dealing magic damage per second and healing himself for 20% of the damage dealt.

Janna summons five tornados which fly forward in a large cone. Tornados grant allies they pass through attack speed for 5 seconds, while knocking up and stunning enemies. 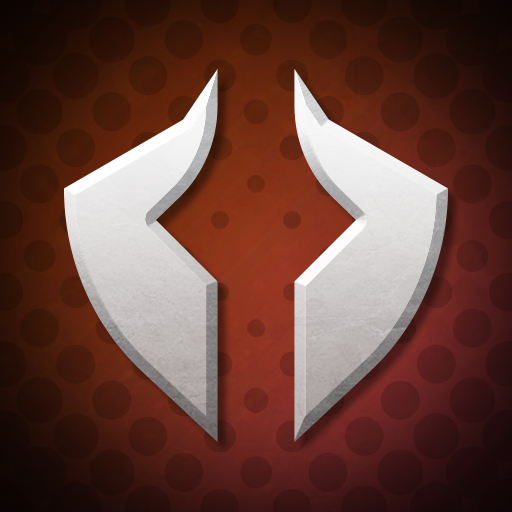 Leona calls down a solar ray, stunning enemies in the center and dealing damage to enemies inside it.

Mordekaiser slams his mace in front him, dealing damage in a line.

Passive: Nunu and Willump slowly roll a ball around the board, dealing magic damage to all enemies it passes through, and gaining mana per second.

Nunu and Willump grow the ball, increasing their speed and radius of the ball and its damage dealt by 10%. 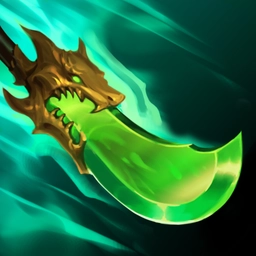 Syndra enshrouds a random unit on your bench in an orb, granting them a health shield and flinging them onto the board towards the closest enemy, knocking up and dealing magic damage to any enemies hit. Traits are unaffected except Corrupted.

Active: Urgot summons a gigantic wave behind his enemies that deals % of their maximum Health as magic damage. The wave knocks enemies forward 1 hex, Stuns them, and has a chance to dredge up treasure (gold and loot). 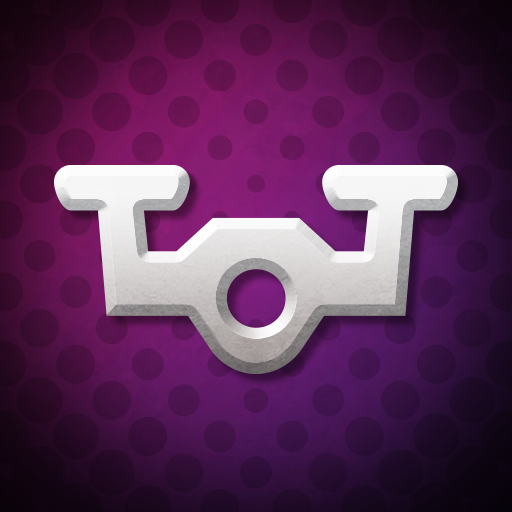 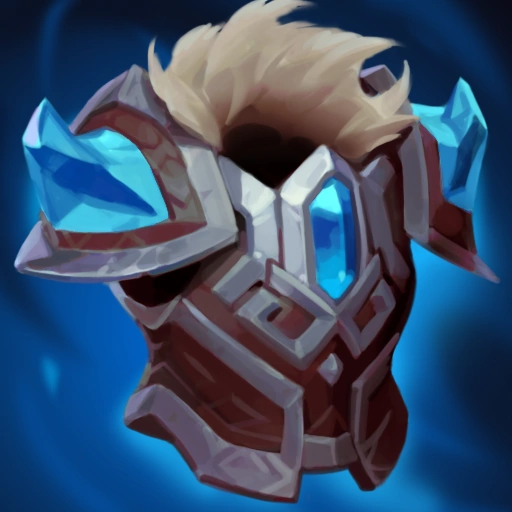 Shroud of Even Still-erness
Combat start: Shoot a beam that increases the maxiumum Mana of affected enemies by 35% until they cast. Additionally, affected enemies have their Attack and Movement Speed slowed by 20% for 1.5 seconds. Self-destructs after 2 combats. [Unique - only 1 per champion]

Chainsword Bloodthirster
Grant 20% Omnivamp. Once per combat: At 40% Health, gain a 25% maximum Health shield that lasts up to 8 seconds. While the shield is active, the holder gains 40% AD. Self-destructs after 2 combats.

Magnetized Ionic Spark
Enemies within 2 hexes have their Magic Resist reduced by 50%. When they cast an Ability, they are zapped for magic damage equal to 185% of their maximum Mana. Every 4 seconds, the holder taunts all enemies in range to attack the holder. Self-destructs after 2 combats. [Direct damage item]

Overclocked Sunfire Cape
Grant Health 150 bonus Health. Every 1 second, an enemy within 3 hexes is burned for 10% of their maximum Health as true damage over 10 seconds, and receive 30% reduced healing for the duration. Self-destructs after 2 combats. [Unique - only 1 per champion] 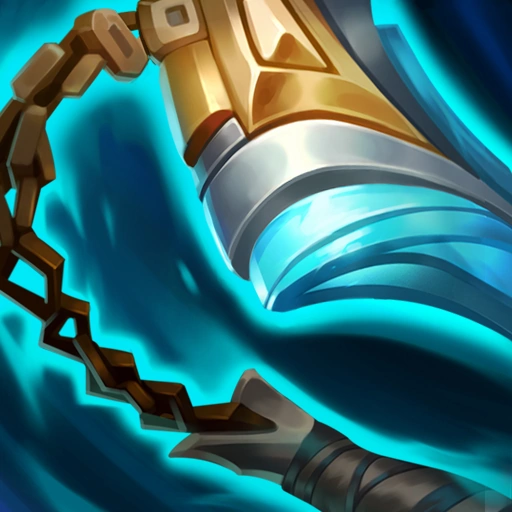 Item Anvils are the replacement for the Treasure Dragon from last Set - but they work in a similar fashion. Monsters Attack! offers you even more options by always giving you the choice between multiple item components or completed items during your PvE encounters!