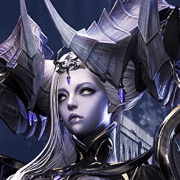 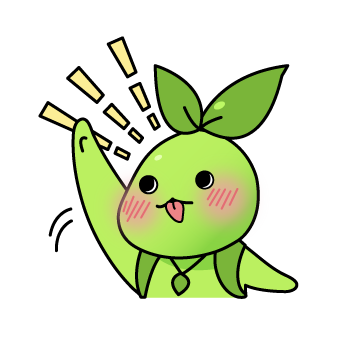 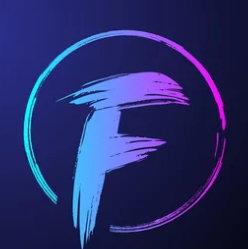 Brelshaza Gate 2 has a 1490 item level requirement. The fight is split between 2 bosses, Prokel and Prokel’s head. One player splits from the main raid and goes inside a special room to fight Prokel, while 7 other players stay outside and fight Prokel’s head. Prokel’s head has 80 HP bars while Prokel has 160 HP bars.

Similar to Kakul-Saydon Gate 3 Mario mechanics, you can practice 1v1 fight with Prokel which is very important to get used to his attacks.

The whole fight has many interactions between outside and inside and the Prokel’s head never dies, it respawns infinitely until Prokel is dead. 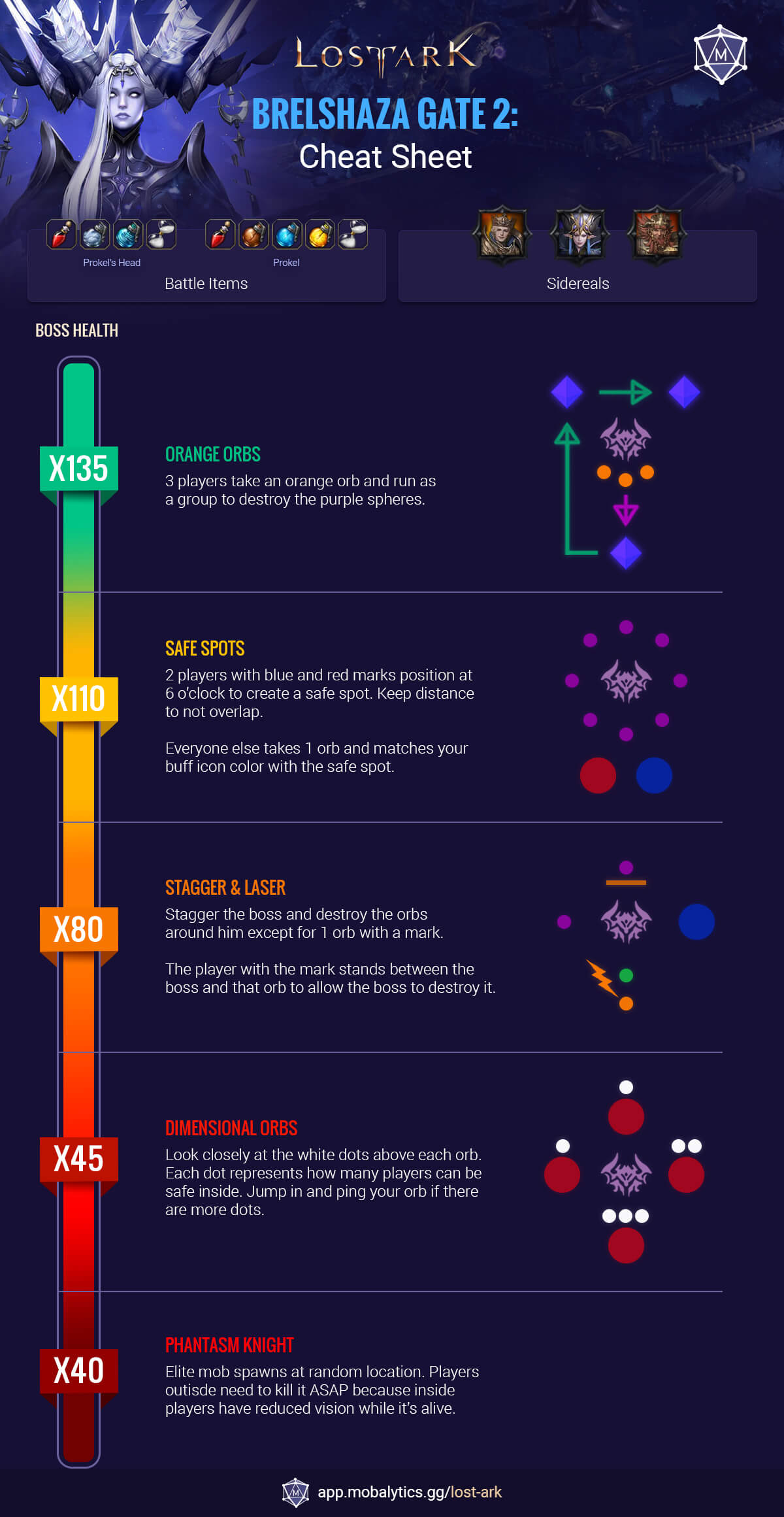 Before the fight starts, interact with a winged orb to summon Prokel’s head. 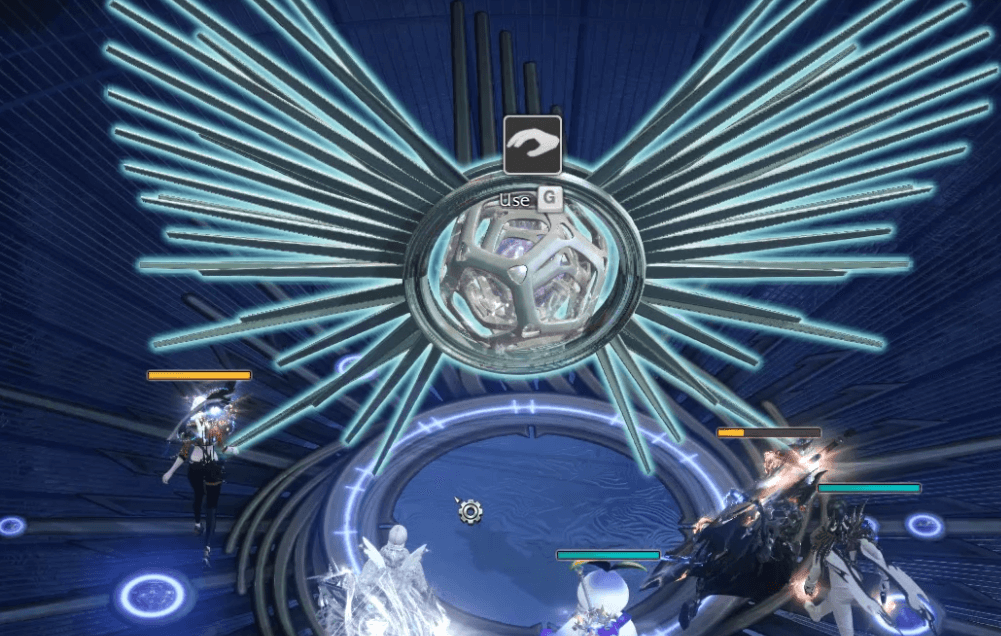 Prokel’s head has a purple stagger bar underneath HP that needs to be depleted which will stagger the head. After recovering from stagger, the head will start to cast a yellow string on a random player. At the end of casting this will teleport that player into a 1v1 fight versus Prokel. Give raid leader to the player that is going in as sidereal usage is more important inside.

There will be a constant spawn of normal mobs outside that players need to kill. Killing red normal monsters will increase the stacks on Prokel’s head.

When you reach 25 stacks Prokel’s head gets knocked down and an ether that grants invincibility for 10 seconds, will spawn for a player fighting Prokel. 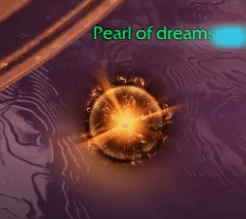 Every normal monster spawn increases the Magic Control buff. When that buff reaches 30 stacks it is an instant wipe. 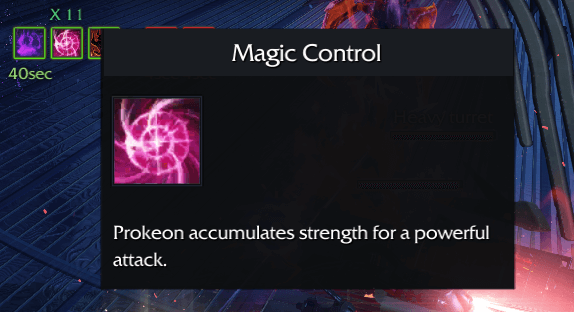 The Knight Of Dreams

Straight after x45 mechanic the knight of dreams will spawn at a random location. 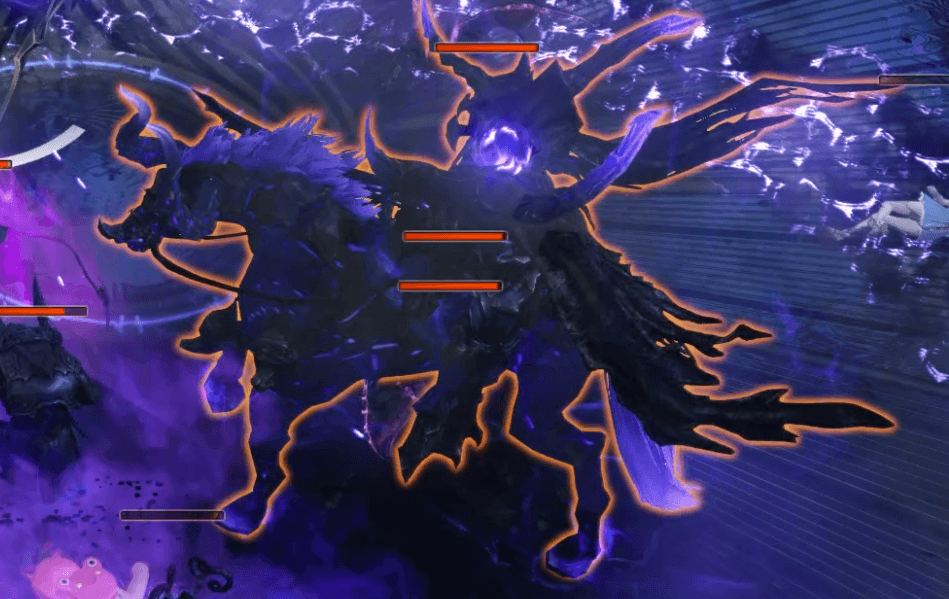 Periodically elite monsters will spawn during the fight with Prokel’s head at random locations. Look at the minimap to quickly find and kill the elite monster as failing will start their special attack.

Few seconds after spawning the monster will start a stagger check. You need to quickly stagger and kill the monster as failing will charm the whole raid, meaning everyone will start attacking each other without control. Use CC bombs and skills to remove the charm.

After spawning the monster will start casting circles of illusion that imprison anyone standing on it. Kill it as fast as possible.

After spawning, the elite monster will mark a random player with 2 crossed swords. That is the only player that can kill the elite monster. If a support gets the mark it is almost impossible to kill, but after a couple seconds the mark will transfer to a different player. The elite monster is also slowly casting a medusa AOE attack, where everyone inside needs to turn away from it, otherwise they get petrified.

When Prokel reaches 130 HP bars, the head will teleport to the center, summoning 3 purple diamond cards at 11, 1 and 6 o’clock that can also be spotted using minimap. These diamond cards shootout small purple spheres that deal damage and stagger players. At the same time Prokel’s head casts 3 orange orbs.

Three pre-assigned players need to take each orange orb and start moving together first towards 6 o’clock, then towards 11 then finish at 1 o’clock diamond cards. When all 3 players stand together at the diamond card it gets destroyed.

When Prokel reaches 110 HP bars, the head will teleport to the center and mark 2 random players with blue mark or red mark. At the same time the head starts shooting purple orbs.

If you are one of the 2 marked players, dodge purple orbs and position at 6 o’clock next to each other without overlapping otherwise these 2 marks will get deleted.

After the head stops shooting purple orbs there will be either a red or a blue safe spot underneath your position. At the same time all other players without the mark need to get hit by ONE purple orb. This will then give you either a blue or a red mark, meaning you have to stand close to either a red or a blue marked player that will drop a safe zone after a few seconds. Getting hit twice kills you. Getting hit as an initially marked player also kills you.

When Prokel reaches 80 HP bars, the head teleports to the center and starts a stagger check while casting pizza AOE attacks, followed up by spawning 4 different orbs that can also be seen on the minimap.

First stagger the boss and after staggering 1 player will be marked with a target above his head while 4 different orbs will spawn:

This mechanic is completely skippable by using Balthorr at the stagger check.

When Prokel reaches 45 HP bars, the head teleports to the center, summoning 4 red orbs at 12, 3, 6, and 9 o’clock and casting cubes at those same positions. The orbs will have a circle mark above that indicates how many players can go into the orb to survive the wipe attack. There can be orbs with 1, 2 and 3 marks each indicating how many players it can hold. 2 red orbs will have 1 mark, 1 orb will have 2 marks and 1 orb will have 3 marks making a total of 7 safe spots for 7 outside players.

Everyone spreads out and covers each of the positions. Destroy the red orb shield at your position and enter. If your orb has 3 marks you need to ping it, letting others know where the remaining safe spots are. After the initial 4 players enter, 1 orb will have 1 free spot and 1 orb will have 2 free spots for the remaining 3 players.

Prokel is a 1v1 fight with 160 HP bars. You can practice the fight beforehand similar to Kakul Saydon Gate 3 Mario mechanic.

Player fighting Prokel should always have raid leader to use Sidereal skills when they are needed.

Prokel summons Knight of dream elite monster for the raid outside at x45 bars, which gives him stealth and the vision for the player inside gets smaller. During that time Prokel will continue performing all of his attacks and it will be hard to see them.

Player inside fighting Prokel has to call out to the team outside to quickly kill the Knight of dreams. If the raid outside takes too long to kill the Knight, Prokel will perform a very high damage dealing attack that would require Sidereal Balthor to survive. During this time you can see Prokel’s shadow while he is performing attacks, which means you can CC him with skills or bombs. 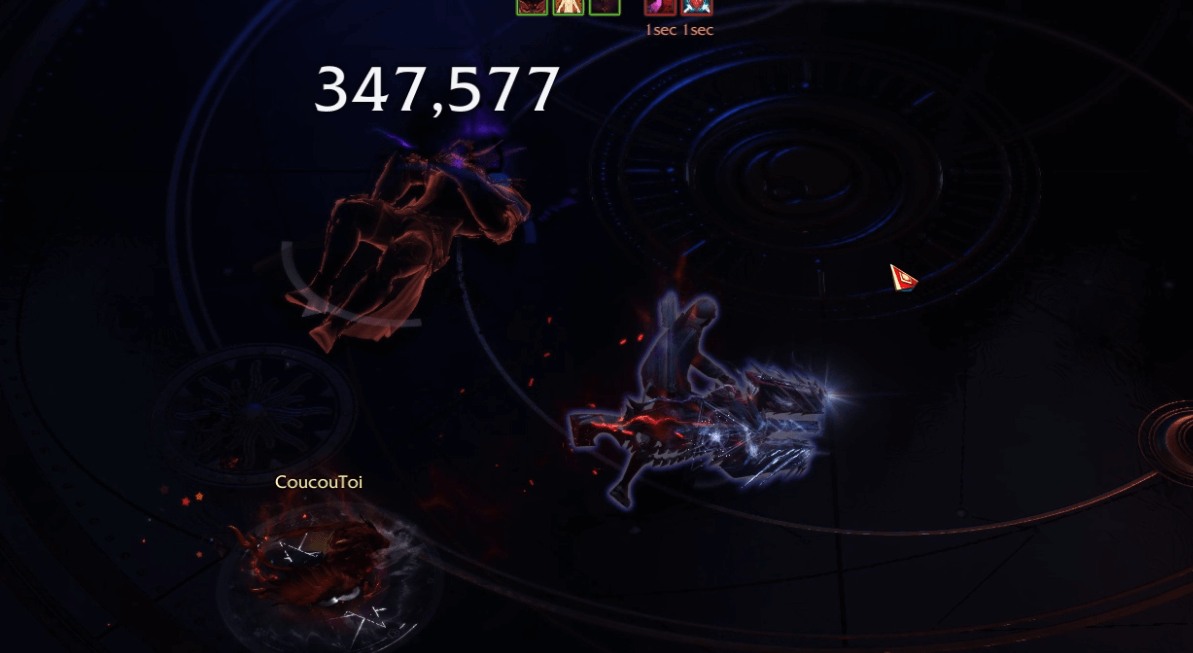 Prokel clones himself multiple times and starts aiming his sword everywhere. 2 seconds later all clones will slash forward. If you get hit by the red ray, you will be imprisoned and 2 seconds later Prokel will charge a screen split attack that can instantly kill you.

Dodge red ray or in case you are not confident in dodging use timestop.

Prokel slashes forward casting blue ray 3 times ending it with massive AOE that will 1 shot most DPS classes. This pattern only happens during the period where Prokel does not have Super Armor.

You need to CC Prokel after 3 slashes with skills or bombs to avoid AOE attack.

Prokel leans forward and gathers energy into his sword, 1 second later he dashes forward and inflicts AoE damage in the direction of his sword. Look closely at the sword position. If it's on the left side it means the damage will be to the left side, and vice versa.

Simply move to the other side of his sword to avoid AOE attack. He can dash multiple times.

Prokel levitates and charges a blue AOE freeze attack. It deals no damage but freezes a player for a few seconds.

Count 3 seconds then use Spacebar to gain immunity for a split second. You need to time the spacebar correctly to avoid getting frozen. Or use awakening skill or any other skill with Super Armor and immunity to freeze.

Prokel raises his hands and starts gathering yellow energy that heals him. It is a similar animation as Freeze attack but yellow. Prokel will heal himself for x5 HP bars (around 80m HP). This pattern usually happens when Prokel’s HP is less than half.

Use all stagger skills available to stop Prokel from healing himself.

Prokel casts a red chain attack that does a lot of damage and applies a bleed effect.

Simply step off the chains before they hit you.

Dodge by moving to the empty spot, it happens 3 times so be ready for that.

Prokel slams his sword to the ground towards the player 2 or 3 times.

Dodge by moving around Prokel. Don’t move in a straight line because the range of the attack is really long.

Prokel leans forward and aims the spear towards a player. 1 second later he teleports to the players back and stabs a player with his spear holding him up, smashing him to the ground left and right dealing a lot of damage.

Spacebar right after he teleports to dodge getting speared.

Prokel leans forward and aims the spear towards a player. He will start throwing his spear towards the player 4 times. It deals a lot of damage.

Avoid it by moving around.

Prokel leans forward and aims the spear towards a player, targeting him with multiple blue spear rays that can deal a lot of damage.

Simply move away from the spear ray.

Prokel will perform a basic slash forward 2 times, summoning spinning chains across the battlefield. He then does a forward AOE attack that knocks up the player and deals a lot of damage.

First dodge the initial slash, then dodge the spinning chains while running to his back before the final AOE attack.

Prokel turns blue and slashes forward if not countered; he will keep slashing and comboing forward, ending by standing on his spear and jumping on the player stunning him.

Prokel teleports and ambushes a player from the back 2 times with his daggers causing darkness for 10 seconds. 3rd ambush is counterable, if you fail the counter he will stun you.

The head applies debuff on all players. After 4 seconds the puddle will drop on the position where the player is standing.

Move to the outer edge of the arena and drop the puddles away from the center.

Simply dodge to the side and don’t stand in front of him.

The head starts bombarding areas where players are standing.

Keep moving around to avoid getting hit and stay away from your teammates.

The head jumps and either jumps again on the same place or spins for a few seconds.

Move away before he lands and run away from the spin.

The head goes to the center and starts floating while summoning sets of purple waves at the same time.

In between each wave there will be a safe zone so simply position yourself there and wait for waves to pass.

During the Brelshaza Gate 2 legion raid, you will have the help of the following 3 Sidereals

Azena (Ctrl+X): Deals AoE damage all over the battlefield..

Balthorr (Ctrl+C): Creates a AOE on the floor, granting everyone inside a defensive buff that lasts for 30 seconds. This buff can prevent certain wipe mechanics.

Thirain can be used at Prokel during his PvP mode after throwing a sleep bomb on him or the outside team kills the Head.

Azena can be used anytime on Prokel as it is auto aiming.