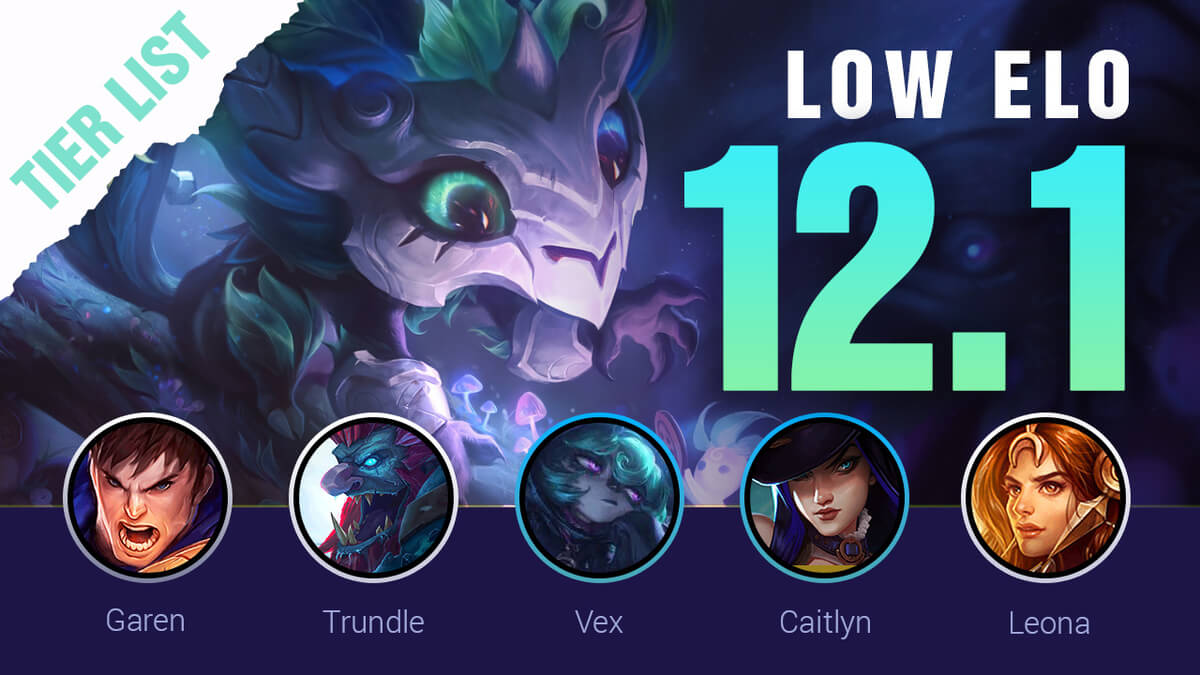 Garen has always been a monster in low elo with his simple kit design and his ability to dominate lanes with just a few clicks. Due to the Teleport nerfs, champions that never preferred that summoner spell will have even more success with their combat summoners in lane and Garen will be able to abuse that Flash Ignite easier. One of Garen’s huge strengths is his sustain and regen which allows him to be impossible to force out of lane. Combine that with his insane kill and snowball potential and you’ve got a top pick in this lane.

Trundle has been sitting at a very juicy win rate for some time now and despite his pretty basic playstyle and limited ceiling his damage and dueling potential is genuinely unrivaled. Lethal Tempo or Press the Attack both allow him to out trade and kill almost all jungle matchups and if you spike early on this champion you’ll win the game with ease. Trundle’s objective control and map mobility is also very strong allowing you get where you need to be and fight whenever you wish. To add to all of this, Trundle’s itemization hasn’t been hit at all going into this season and it’s still just as strong as ever.

Vex has been terrorising the mid lane since her release and her ability to abuse those low range lanes is stronger than ever. Her AoE damage and CC are genuinely game changing and can easily be the difference in those early teamfights. She carries one of the strongest mid game power spikes in the rift at the moment especially in low elo due to her pretty simple design. Get a few resets and enjoy diving into your enemies on repeat and bursting them down easily.

Caitlyn’s ability to bully lanes and control the early game is at an all time high right now due to the immortal shieldbow nerfs going into this season. She has always been good in lane but has struggled to keep up with those pesky hypercarries absolutely outshining her in the mid game. Now that they have been turned down a notch, Caitlyn can really come into her own and pick her fights when she wants them with her high range and burst damage. If you pair Caitlyn with another long range damaging or sustaining support and you’re going to have a very fun time.

Leona is in a very good place going into Season 12. She’s always been fantastic in the lane phase with her engage and all-in potential from as early as level 2 but now she’s just as good throughout all stages of the game with her stuns being on such a low cooldown. She is super hard to deal with as she’s just so tanky and offers so much initiation for her team. Now that her lane opponents won’t have that lifeline in shieldbow as often, it’ll be far easier to abuse her and burst her enemies down quicker. Partner Leona with a bursty marksman and you’ll struggle to lose those early fights.