How good are you at playing Olaf?
Get insights on win rate, KDA, and other metrics on your favorite champions!
Olaf Strengths & Weaknesses
Strengths

R allows him to dodge CC as it prevents him from being locked down by hard crowd control.

Olaf’s 1v1 potential is extremely strong. This makes him a formidable opponent in the 1v1 and makes him hard to play against. Look to play aggressive and fight the enemy whenever possible.

You have the ability to take the Dragon or Rift Herald alone whenever your allies have priority nearby. Look to secure them whenever you can.

Olaf is rather weak when his Ultimate

R is down. He is quite immobile and prone to layered CC. This makes him pretty vulnerable post 6.

If you miss your Axe

Q , your ganks will most likely fail. You need to get as close to the enemy as possible in order for you to increase your chances of landing them.

When no team fights are occurring, go to a side lane and push. It’s important that you continue to farm during the mid-game so you can get your items as quickly as possible.

After getting a kill, make the call for Baron or Dragon if your team is nearby and able to help you. Securing these objectives as a Jungler is crucial is in the mid-game. 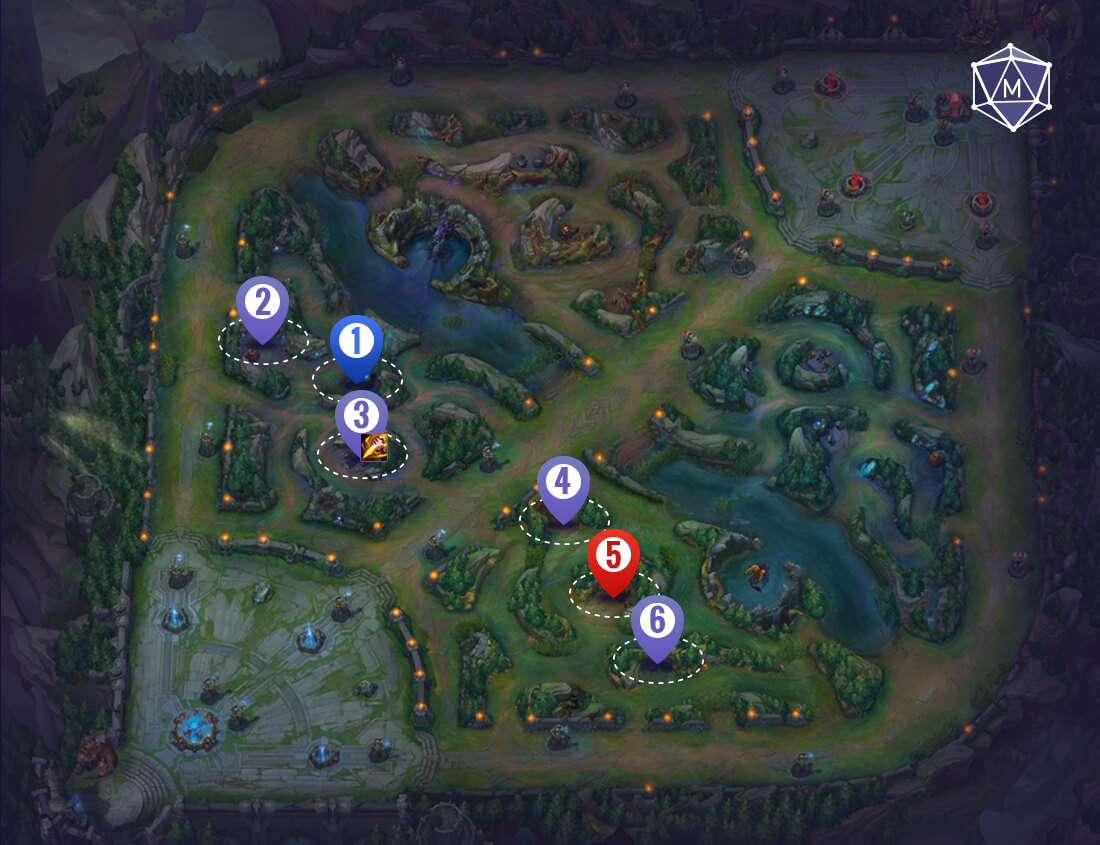 His objective control is quite potent as his Passive allows him to take them down very quickly. He should always try to secure an objective if he can free up a lane after ganking them.

Level 6 is a massive power spike for Olaf as he can now reach his target without being interrupted. If he manages to flank his enemies, the immobile carriers will be pretty much doomed.

R will give him another spike. He can run down enemies frequently now as the cooldown of the ability will be reduced.

Olaf will have his core items during this phase of the game. It will increase his damage and survivability in the game, which will make him really good during the mid-game.

His overall damage will be really high during this phase of the game. His tankiness and his Passive will make sure that he kills enemies with ease, especially those caught out of position.

Olaf is excellent during the late game, as his tankiness will be phenomenal now. Combined with his overall damage, it will become tough to deal with him for the enemy team.

The final point in his Ultimate

Olaf will have multiple abilities maxed out during this phase of the game. The amount of damage that he can deal now will be really high and will most likely catch the enemy off-guard.

Join other Olaf mains and discuss your favorite champion!