How good are you at playing Mordekaiser?
Get insights on win rate, KDA, and other metrics on your favorite champions!
Mordekaiser Strengths & Weaknesses
Strengths

Mordekaiser has good ganks and good skirmishing power in the early game.

Post-six, he can select any target and convert the fight into a 1 v 1. This can mean hell for any immobile or low health enemy carry as Mordekaiser can easily

Once he gets enough items, he will be nearly unkillable unless the enemy team focuses him down. In a team fight, his

E can be extremely beneficial when fighting against clumped enemy teams.

Mordekaiser is quite immobile. If the enemy has lots of mobility or has dodge tools, it will be hard for him to catch up with the enemy.

Pre-6, if Mordekaiser misses his

E, his ganks will fail. This is because he has no other forms of CC and it will be hard for him to get on to the fleeing target.

In the later parts of the game, pen and healing reduction will reduce his survivability heavily in late game team fights.

Focus on getting level three quickly, increasing your clear speed, and frequently gank in the game. Always try to gank overextended lanes when possible.

Once you get your Ultimate

R, your dueling power will increase. Always try to pick off the enemy jungler with this and then take the Dragon or Rift Herald.

In the mid-game, you will want to take multiple fights and get ahead. It will be pretty hard for the enemies to kill you if you don't get CC'd.

E will be instrumental to your success in this matchup, especially during ganks. Set up some death brushes in the Jungle when possible.

Do not take full-blown team fights. Instead, rely on picks to win the mid-game. It should be pretty easy to do if you use the fog of war properly.

Do not fight in the late game unless your Ultimate

R is up. It is crucial that you only commit or look for fights when it is available as you will miss out on a lot of potential kill pressure.

R will be on a shorter cooldown in the later stages of the game. If you can find an opportunity to do so, use it to catch out someone isolated and alone, too far forward or way out of position.

Peel for your carries to keep them alive for longer. If your allies die quickly, there will be little chance that you will win the team fight. 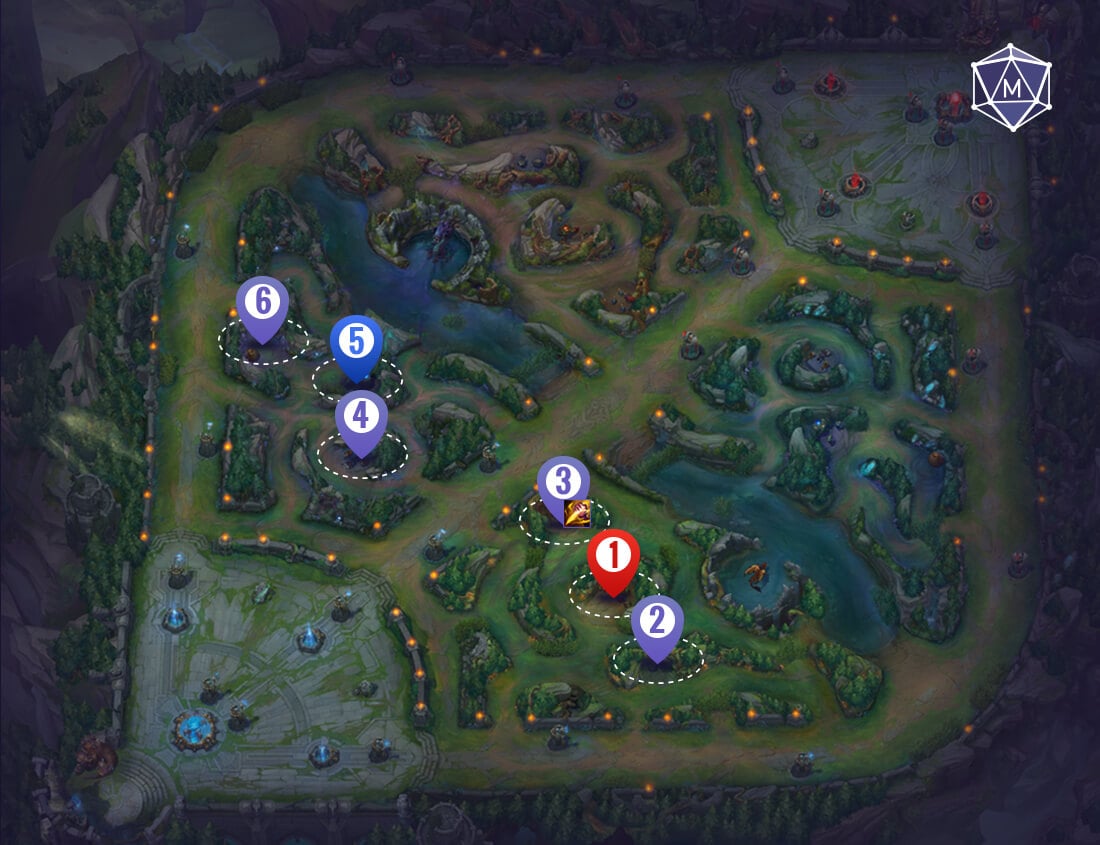 The first item component will allow Mordekaiser to survive and deal a lot of damage. The clears will be quick, and his ganks will be pretty solid now.

His early game ganks are really good due to his abilities. He should be pretty comfortable ganking lanes with heavy CC as they will let him get massive leads.

R will allow him to take down targets quite quickly. It will be up frequently as well, making it easy for him to pick on a target.

The first ability will be maxed out at level 9. He will be dealing with a lot of burst damage due to it and decimate any enemy who gets pulled towards him.

He should have his core items by now, which will make him uber-powerful. His consistent damage and damage absorption will allow him to frontline and fight easily.

R will generally have a shorter cooldown than a Quicksilver Sash. This means that no one is safe, and he can pick high-priority targets during team fights.

He will have multiple items during this phase of the game, allowing him to take a lot of damage and dealing a lot of damage simultaneously during a fight. It will be challenging for the enemy to take him down.

Enemies will stack defensive items, so it will become tough for you to kill them. That being said, separating the enemy carry from the actual map for a few seconds will help your team win a fight quickly.

Join other Mordekaiser mains and discuss your favorite champion!

Dr. Mundo
the Madman of Zaun